Central Bank Raises Base Rate by 50 Basis Points in Hungary 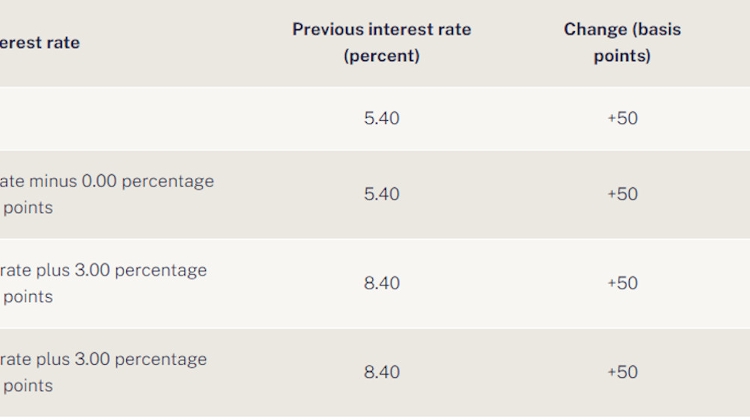 Hungarian rate-setters raised the central bank’s (NBH) base rate by 50 basis points to 5.90% at their regular policy meeting on Tuesday. The Monetary Council also expanded the two sides of the interest rate corridor by the same ratio.

In a statement released after the meeting, the Council said the increase in global uncertainty, fundamental inflation risks and the setting of an optimal interest rate level in terms of the sustainable achievement of the inflation target warranted the gradual continuation of the base rate tightening cycle.

The Council said it will continue the cycle of interest rate hikes until the outlook for inflation stabilises around the central bank target and inflation risks become evenly balanced on the horizon of monetary policy.

The NBH continuously monitors developments in financial market risks as well and stands ready to intervene in a flexible manner using every instrument in its monetary policy toolkit, if necessary, the policymakers said.

Addressing a press conference after the meeting, NBH deputy governor Barnabás Virág said monetary policy tightening would “certainly continue in the second half of the year”.

He said inflation was seen rising in the short run, adding that May CPI could even be “over 10.5% “.