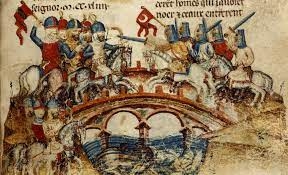 In the thirteenth century, the Mongols achieved a string of virtually unbroken victories, gaining the largest contiguous land empire in history. In the 1240’s, they devastated Hungary, destroying the army of King Béla IV at the famous Battle of Mohi.

This experience profoundly impacted the Hungarians, and caused them to fundamentally alter many aspects of their society, for they feared that the Mongols would one day return.

As it turned out, they did. In 1285, a vast Mongol army again drove into the lands of the Hungarians. See the video below to watch how Hungary won this time.