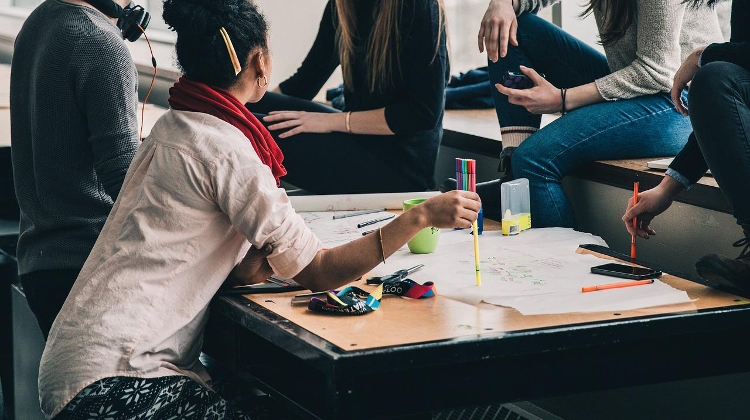 A left-wing columnist discusses an analysis on the alleged overrepresentation of female students in higher education. He accuses the government of trying to force traditional gender roles on women. A government critical conservative pundit finds the accusation groundless.

A recent paper on ‘pink education’ published by the State Audit Office received ample coverage and harsh criticism from liberal and left-leaning Hungarian and international media outlets. According to the critics, the SAO’s publication called for a reduction in the number of female students in higher education in order to boost the birth rate.

In Népszava, Anna Szalai claims that the main message of the State Audit Office is that educated women are dangerous to society as they give birth to less children.

The left-wing commentator contends that the report reiterates the government’s ‘medieval vision’ on gender hierarchies and women. According to Szalai, the government wants to entrench women’s inequality and force them to get married and have children.

In Válasz Online, Anita Élő writes that the State Audit Office’s report has been completely misinterpreted by left-wing and liberal commentators. The government critical conservative investigative journalist points out that the report, prepared by demographic scholars, set out to analyze perceptions of gendered qualities in education.

The survey found that teachers and parents participating in the research believe that schools reward more highly those qualities and achievements which participants categorized as ‘female traits’. According to the authors, such perceptions help explain why more women are admitted to universities than men, Élő explains.

Élő dismisses this conclusion noting that according to the data of the Hungarian Statistical Office, women with university degrees are more likely to marry and give birth than those with just high school degrees.

She finds completely absurd the suggestion that the report advocated the introduction of male quotas in education or suggested that women should be penalized in any other way.

Élő finds it sad that an item of scholarly research should become the subject of a politicized debate, and she also lambasts SAO’s director for not allowing the authors to publicly dismiss the criticism levelled against them.