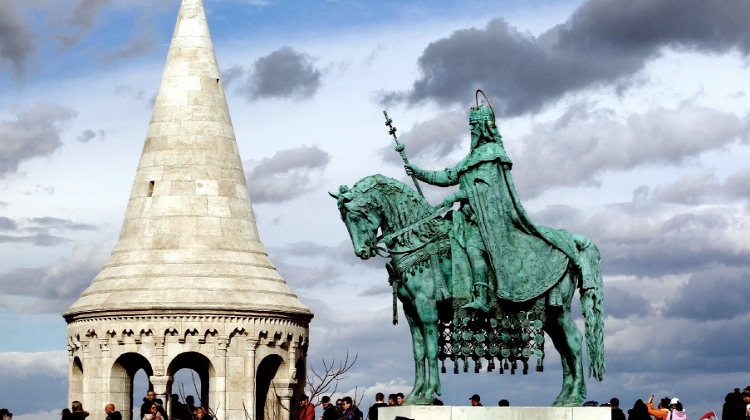 A conservative pundit critical of the government claims that the government has weakened democracy, which amounts to abandoning St. Stephen’s vision.

A pro-government commentator, on the other hand, accuses the opposition of trying to rob Hungary of its Christian and national character, the cornerstones of St. Stephen’s legacy.

In Magyar Hang, Szabolcs Szerető describes the foundation of Hungary as a Christian state by St. Stephen as a great civilizational achievement.

The conservative columnist interprets St. Stephen’s project as one aimed at establishing an inclusive state that would serve the common good. Szerető accuses the current government of having abandoned such ideals and of becoming ‘feudalistic’.

He likens the government to the ‘Communist party-state’ and its officials to ‘parasites’ who use their power over national wealth to pursue their own private interest.s Szerető believes that what he sees as ‘autocratic tendencies’, including the weakening of the rule of law and the elimination of checks and balances make Hungary as a nation weaker.

As an example, he mentions the shortage of doctors, teachers and police officers, and the declining birth rate. In an aside, he mentions that the government wastes huge amounts on propaganda, the army and an expensive firework display on 20 August in order to maintain an illusion of strength.

The pro-government commentator likens contemporary ‘progressive globalists’ and multicultural liberals to erstwhile Communists and accuses them of trying to eliminate national identity and religion in order to create ‘an empire called the United States of Europe’.

Gajdics also lambasts opposition parties for suggesting that instead of organizing expensive celebrations and Europe’s biggest fireworks display in Budapest, the government should have used that money for other purposes.

Gajdics dismisses such criticism as ‘atheist and anti-national demagoguery’ targeting national identity. Gajdics concludes by calling on liberals to be more tolerant of Christians and nationalists, adding that the main message of St. Stephen’s Day is that Hungarians should be united,