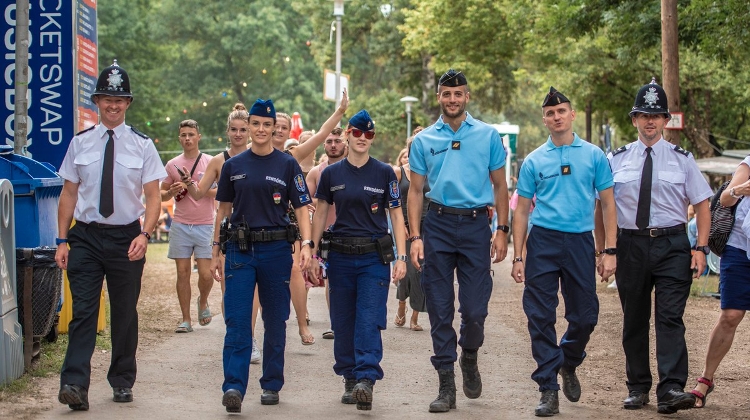 Police have set up a crime and accident prevention point within the area of the Sziget Festival, with both uniformed and plainclothes police on duty in large numbers on Hajógyári Island, according to a Budapest Police Headquarters (BRFK) spokesman.

Patrols are also operating around the island and at traffic junctions, Gergely Fülöp told a press conference held at the crime prevention point on Wednesday.

The police are deploying officers who speak several languages at the point, he added.

Staff of the national immigration directorate are also available at the crime prevention point between 1pm and 7pm to help foreigner visitors who have lost their personal ID.

Fülöp warned festival-goers not to leave their valuables in tents and to use lockers and lockable boxes available on the festival grounds instead.

Any complaints can be made to the Budapest 3rd district police station, and police at the crime prevention point will provide directions.

Meanwhile police officers patrolling the river on jet skis can come to the aid of anyone in trouble within minutes.