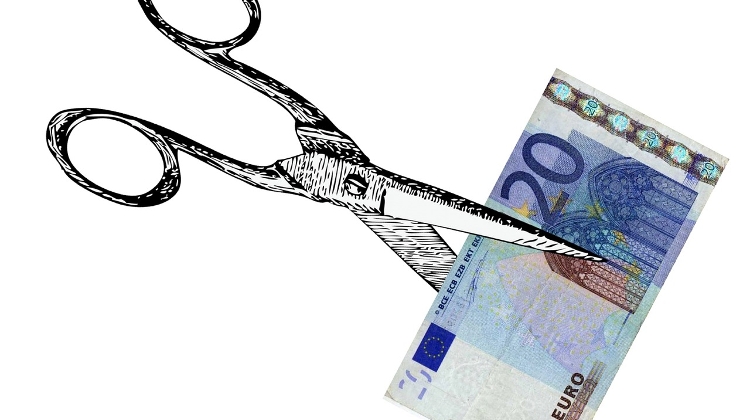 The European Commission has proposed suspending a part of the EU funds allocated to Hungary over concerns about their mismanagement. Johannes Hahn, the Commissioner for Budget and Administration, told a press conference on Sunday that the EC was proposing to the European Council a suspension of 65% of cohesion funds due to Hungary, amounting to an estimated 7.5 billion euros.

The council will now have one month to approve the commission’s proposals with a qualified majority, which can be extended by a further two months under special circumstances.

According to the EC’s press release, Hungary has committed to fully inform the commission about the implementation of its remedial measures by Nov. 19.

Hahn said the EC had taken a unanimous decision on the next step in the procedure regarding the conditionality mechanism which links EU funding to the rule of law.

“This is the first case … which … aims at protecting the financial interests of the Union,” the commissioner said.

Hahn said the EC’s decision had been based on the intensive dialogue conducted between Hungary and the commission over the last several months, which had led to Hungary committing to several remedial measures to address the commission’s concerns.

The commission assessed the measures put forward by Hungary to determine whether they will put an end to the breaches of the rule of law and/or the EU’s financial interests as well as the identified risks to the EU budget, he said.

It concluded that the proposed remedial measures “could in principle be capable of addressing the issues described in the notification, if they are correctly specified in relevant laws and rules, and implemented accordingly”, Hahn said.

However, until the key steps are implemented, “the Commission’s assessment is that a risk for the budget at this stage remains”, he said, adding that the EC’s decision takes into consideration the remedial measures proposed by Hungary.

Proposals Aimed at Ending EU Conditionality Procedure to be Submitted to Parlt Next Week, Says Gulyás

The government will next week submit to parliament its proposals needed to end the procedure regarding the conditionality mechanism which links European Union funding to the rule of law, the prime minister’s chief of staff said.

Hungary has been conducting intensive negotiations with the European Commission over several months and there are no more unresolved issues, Gergely Gulyás told a regular press briefing.

The government has accepted several of the EC’s recommendations, Gulyás said, adding that the two sides had compromised on the proposals Hungary could not accept. The cabinet discussed and approved these proposals at its Saturday meeting and will submit them to parliament next Monday and Friday, Gulyás said.

The laws in question will enter into force in November, paving the way for the end of the conditionality procedure, he said.

The series of talks held between Hungary and the commission over the last two months can be considered “a step from mutual distrust towards mutual trust”, Gulyás said.

He urged lawmakers to approve the proposals so that the conditionality procedure could be concluded.

Talks are also ongoing on the post-pandemic recovery fund and the partnership agreement on the operative programmes of the EU’s next seven-year budget, Gulyás noted.

Tibor Navracsics, the minister in charge of the uptake of European Union funds, on Sunday welcomed as “progress” the European Commission’s decision on EU funds allocated to Hungary, saying it would allow for a swift conclusion of the talks on the post-pandemic recovery fund and cohesion monies.

Navracsics told a press conference that the government was hopeful that negotiations could be concluded by the end of the year.

Because the government intends to fulfil the commitments it made during the procedure regarding the conditionality mechanism linking EU funding to the rule of law, the sanctions proposed by the commission “are of secondary importance”, as “their approval cannot happen”, Navracsics said.

He said the EC’s Sunday decision marked the end of the months-long talks on the conditionality mechanism procedure, which meant that no further criteria could be set for Hungary.

Talks will, however, continue on the implementation of the measures Hungary has committed to, the minister said, noting that he will next meet with European Commissioner for Budget and Administration Johannes Hahn on Wednesday.

Navracsics noted that the government will submit the related legislative proposals to parliament on Monday and Friday.

Detailing the government’s commitments made to the EC, Navracsics mentioned the establishment of an anti-fraud “integrity authority” to oversee public procurement procedures using EU funds. Its head will be chosen by independent experts through an open application process, he said, adding that the authority could begin its work in the second half of November.

Rules on conflicts of interest when it comes to foundations managing assets of public interest will also be tightened and be based on EU regulations, Navracsics said. Hungary’s commitments, he noted, also include ensuring legal remedy against the prosecutor’s decisions in corruption cases.

Navracsics said Hungary had begun implementing its remedial measures as early as last month in the interest of speeding up the process.

He said that though there had been some distrust between Hungary and the commission at the early stages of the talks, cooperation between them had been normalised by the end of the process.

Navracsics said he believed it was possible that the EC itself would be the one to announce that Hungary had fulfilled its commitments, and move to end the conditionality procedure.

The European Commission on Sunday proposed suspending a part of the EU funds allocated to Hungary over concerns about their mismanagement.