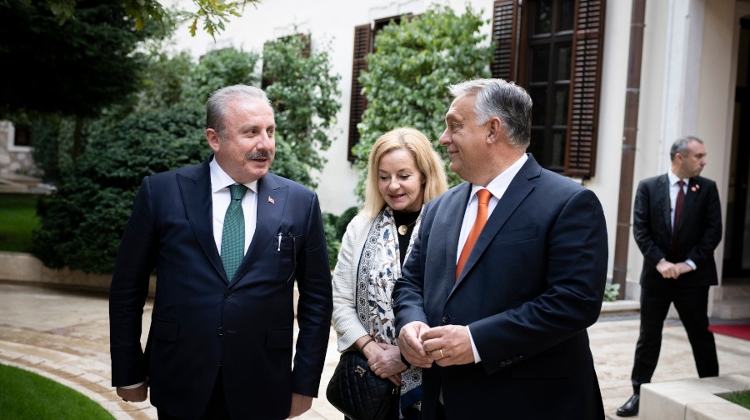 Speaker of Parliament László Kövér discussed with Mustafa Sentop, Speaker of the Grand National Assembly of Turkey, the impact and the economic and security threats of the Ukraine-Russia war and Hungarian-Turkish relations at their meeting in Budapest.

Speaking at a joint press conference in Parliament after the event, Kövér expressed Hungary’s appreciation to Turkey for its “stabilisatory role and support towards the European Union”.

He highlighted Turkey’s efforts in tackling migration and towards energy security, noting that Turkey “has largely contributed to eliminating a prospective global humanitarian catastrophe triggered by food shortages.

Kövér called for Turkey’s accession into the European Union which he said Hungary would support “to the best of its ability”. The parliamentary speaker called bilateral relations excellent which he said the two sides had also reaffirmed at their meeting.

He said the leaders of the two countries would soon meet for strategic consultations, adding that he accepted an invitation to visit Turkey.

Sentop said they assessed the cooperation of the two countries’ parliaments and discussed the possibility of developing them to a higher level.

He praised bilateral political, economic and trade cooperation as excellent and expressed thanks for Hungary’s support in Turkey’s EU integration.

Prime Minister Viktor Orbán discussed the issues of energy security and migration with Mustafa Sentop, Speaker of the Grand National Assembly of Turkey, in Budapest.

The EU sanctions approved in Brussels have not brought an end to the war in Ukraine but triggered an energy crisis which gave relevance to the high-level bilateral meeting, the PM’s press chief said in a statement.

Orbán and Sentop underlined the importance of an immediate ceasefire and peace talks, he said.

The officials discussed the expansion of natural gas delivery capacity via the East-West transit route. Orbán said it was welcome that Turkey was now one the main transit countries for natural gas via the TurkStream pipeline.

“Had Turkey not been making efforts to combat migration, the whole of Europe would be hit by an unprecedented wave of migrants,” Orbán said.