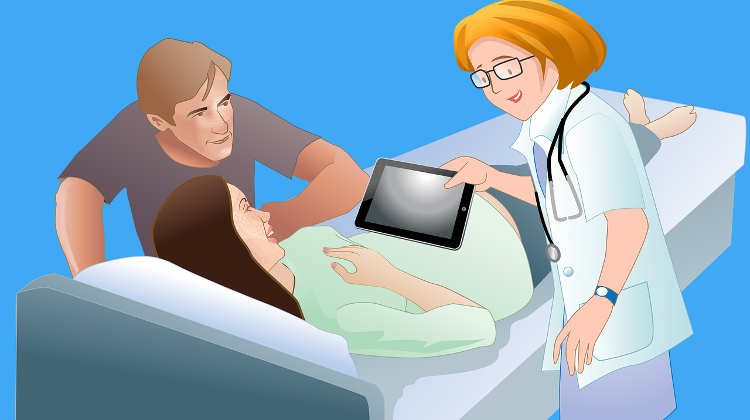 Hungary’s new abortion rules are not in contradiction with the Hungarian Medical Chamber’s (MOK) code of ethics, the chamber said on Wednesday, but added that no consultations had been held before introducing the changes.

On its website, the chamber said the new rules would “change existing protocols only administratively; doctors have been obliged to ascertain vital signs of the foetus and inform the mother”.

Abortions, protecting life of the foetus, the importance of women’s dignity and self-determination are “complex social and philosophical issues, and simplifying and politicising those issues will only do harm to all concerned”, the chamber said.

MOK expressed regret over the lack of social or professional debates prior to the changes and said it was open to consultations on the subject, to “represent medical and ethical aspects”. Under the new rules, before every abortion, pregnant women must obtain a certificate attesting to hearing their baby’s heartbeat.

The aim of the interior minister’s decree making abortion conditional on the mother listening to the foetus’s heartbeat is to inform women of the weight of their decision rather than tightening regulations, the deputy leader of the radical Mi Hazánk told public radio on Wednesday.

Dóra Dúró told Kossuth Rádió that the decree published in the official gazette Magyar Közlöny on Sunday evening “may be the beginning of a pro-life turnabout”.

The decree is also in line with Hungary’s Fundamental Law, which says a foetus is entitled to protection from the moment of conception, she said.

“If Hungary defines itself as a Christian country, it will have to shape its legislation in harmony with the Christian worldview,” she said. The last “pro-life step in birth regulation in Hungary” dates back to 1956, she said.

Dúró said many women applied for abortions without knowledge of how well-developed a foetus is by the 12th week of pregnancy, the legal deadline for abortions in Hungary.

“It already has organs, hands, feet and a heartbeat,” she said. Abortions also increase the risk of breast cancer by 193%, and the risk of miscarriage, pre-mature birth and infertility, she said.

Noting she was the first to submit the proposal to parliament six years ago, Dúró said the decree raised hope that “lives will actually be saved” and that it would usher in a gradual change in approach. In North Macedonia, where similar regulations are in force, 20% of mothers change their minds after listening to the foetus’s heartbeat, she said.

Speaking on public current affairs channel M1, Dúró said the decree would not increase the administrative burden on the procedure, and she dismissed criticism that the measure was aimed at impeding the process past the 12-week deadline.

Responding to criticism that the decree exacerbated the already difficult situation of women seeking abortion, Dúró said many women in hard life situations are often pressured by their partners, families or employers to abort the child.

Dúró said pregnant women should turn to civil and church organisation if they need help in keeping their babies.