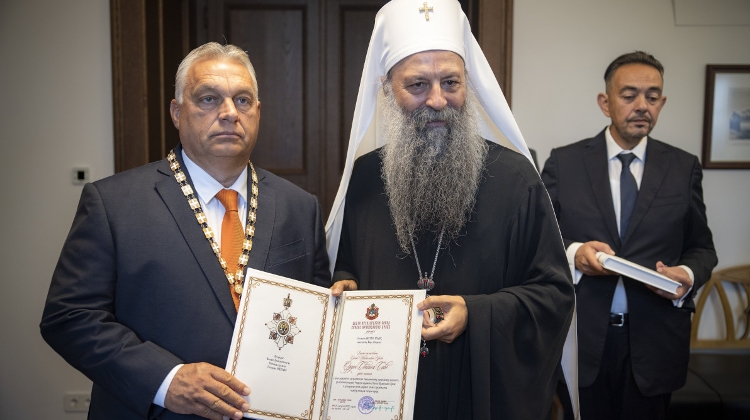 According to the patriarch’s laudation, Orbán is recognised for his efforts to promote Christian values as well as for his personal contribution to the friendship between the Serbian and Hungarian nations.

The patriarch called Orbán as the only statesman “who is fighting for the spirit of Europe”.

At the meeting Orbán said he was proud to receive the order from his “Serbian Orthodox brother”.

“We are a peaceful people, wishing for peace, but in fact a war is being waged for the soul of Europe and that war could not be won without a unity between Christians including the Orthodox Church,” Orbán said.

The order is given by the Serbian Orthodox Church to both church officials and laymen in recognition of special merits.