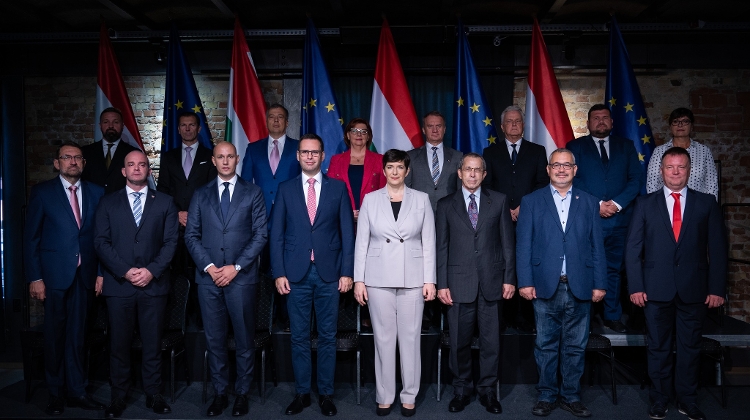 Opposition Democratic Coalition (DK) MEP Klára Dobrev on Monday introduced members of its shadow cabinet, declaring that the shadow cabinet was there to ensure that DK was ready to govern.

Dobrev told a press conference that Hungary could emerge from its “crisis” only if Prime Minister Viktor Orbán’s “irresponsible” government were dislodged.

She said shadow cabinet members were “respected experts” in their respective fields.

Zoltán Bodnár, a former deputy governor of the National Bank of Hungary, will be shadow finance minister, the only non-elected official, Dobrev said, noting Bodnar’s expertise in budgetary, fiscal and monetary policy.

The post of shadow interior minister has been assigned to Géza Mustó, deputy mayor of Budapest’s 10th district, while Ferenc Dávid will be shadow economy minister. Among other shadow cabinet posts, Ágnes Vadai, former defence minister, will take up the shadow defence job.

Asked why Ferenc Gyurcsány, the former Socialist prime minister, has not been tapped for a shadow cabinet position, DK’s spokeswoman Olga Kálmán said the DK leader had already made it clear that he would focus on leading the party and its parliamentary group, and would not accept a government position.

Ruling Fidesz said in reaction that Dobrev’s shadow cabinet was an attempt by Gyurcsány to return to power.

“We said so a long time ago and now they’re not even trying to hide the fact that Ferenc Gyurcsány is the one in charge on the left and wants to get back in power, and with his own people, no less,” the party said in a statement.

Fidesz said the left-wing opposition’s spring election campaign had been nothing more than “a show”, insisting that Gyurcsány had been in control then, too.

“Gyurcsány and his people have already demonstrated how they govern,” Fidesz said.

“They brought the country and the Hungarian economy to ruin, pushed Hungary to the brink of bankruptcy and into mass unemployment, and impoverished the people with a series of austerity measures and utility bill hikes.”