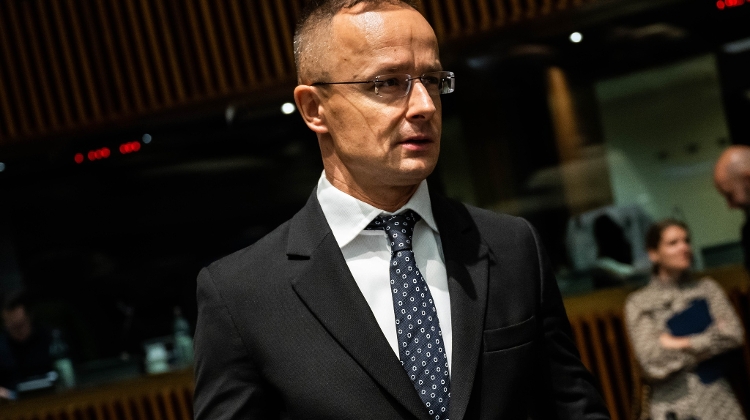 The European Commission has "clearly not learnt from its recent mistakes" and refuses to face reality, Foreign Minister Péter Szijjártó said in Luxembourg.

The ministry cited Szijjártó telling a press conference after the European Union energy affairs ministers’ meeting that the measures introduced by Brussels had only deepened the energy crisis. It is most important to stay alert in the weeks to come when the EC drafts and submits concrete proposals, he said.

The EC plans to “make another concealed attempt” to reduce member states’ powers and “sneakily expand” its own powers, Szijjártó said.

“Hungary insists that decisions in matters connected to energy supplies should require the unanimous approval of all member states,” he added.

The security of energy supplies is a priority for the government, which will not approve any proposal that would even slightly reduce it, he said.

“We believe the good and genuine long-term solution would be to flood the European market with natural gas,” Szijjártó said.

“The EC should help to ensure that natural gas arrives from as many sources as possible and through as many routes as possible,” he added.

The first one is that setting up a common gas acquisition platform should be done on a voluntary basis only, he said.

Hungary refuses to participate in common acquisitions of any kind, he added.

Measures related to a price cap must not influence long-term contracts in any way, he said. Commenting on the solidarity mechanism, Szijjártó rejected the possibility that natural gas purchased from Hungarian taxpayers’ money and stored in Hungary should be offered to other countries.

“European bureaucrats and quite a few other countries are juggling to banish Russian natural gas from European markets … but in case of an emergency they would accept it from Hungarian reserves,” he said.

Szijjártó also said that Hungary’s experiences were not necessarily the same as western European experiences in terms of which suppliers were reliable.

Russia’s Gazprom has been reliably supplying the contracted volumes while two western companies have let Hungary down in connection with extraction from the Black Sea gas fields in Romania, he added.

Szijjártó said that unlike the successful Hungarian decisions connected to gas acquisition and storage, Brussels’ measures have so far “only caused problems and dangers for European energy supplies”. It follows that the Hungarian government does not support handing over national powers.

“We will stand on our guard in the weeks to come to make sure that no decision is made that could threaten Hungarian energy supplies, go against the European Council’s decision, or take away powers from us to hand them over to Brussels,” he said.