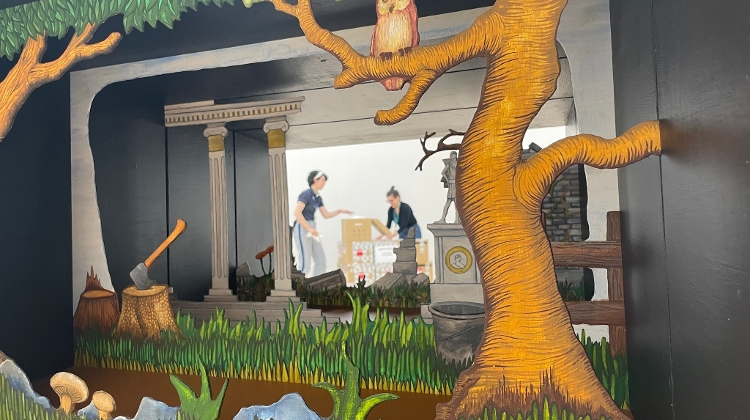 The Ludwig Museum – Museum of Contemporary Art’s exhibition Smaller Worlds, on view until 15 January 2023 explores contemporary approaches to the genre of diorama, which creates the illusion of reality in a delimited space.

Is it a spectacle, a scientific illustration, a children’s toy or a therapeutic tool? Originally conceived as a sophisticated, painterly light show at the interface of art and entertainment, dioramas have been a favourite visual aid in natural history museums since the early 20th century.

This form of presentation, combining painting techniques, scenic solutions and optical illusion, is intended to illustrate a scientific or anthropological result or theory to the public in a delimited box space, creating the illusion of reality, as an immersive installation. The diorama appears in all artistic forms, yet it is a rarely discussed concept.

The exhibition is comprehensible and even entertaining for the lay audience, and at the same time it explores the genre of diorama and its role in art history from a professional point of view, and draws attention to our often unconscious psychological processes that are brought to the fore through dioramas. In addition to physical works, virtual, digital and video dioramas will be on display.

This is the first exhibition of its kind in Hungary to present the field as a fine art genre on this scale, with artists from Hungary, the USA, England, the Netherlands, Poland, Germany, Slovakia, and Trinidad, making the Ludwig Museum a pioneer in the artistic-psychological-philosophical presentation of the genre.