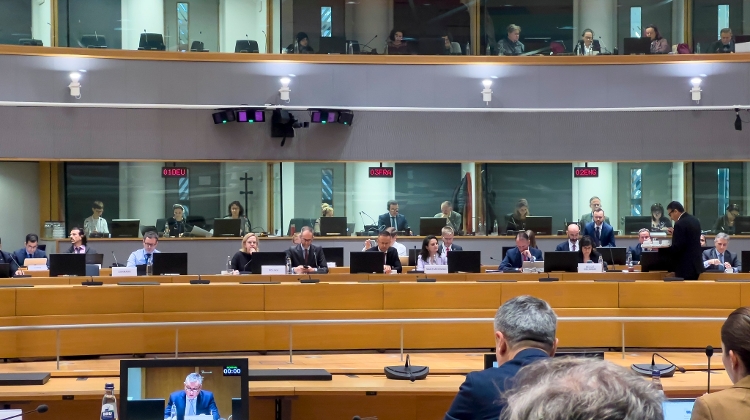 The European Parliament has proposed freezing European Union funding, saying that the 17 measures taken by Hungary aimed at unlocking its EU funding were not sufficient to offset the systemic risks to the block’s finances.

In a resolution adopted on Thursday with 416 votes in favour, 124 against and 33 abstentions, MEPs called on the EC and the European Council to “resist pressure from Hungary and go ahead with adopting the proposed rule-of-law conditionality measures to suspend EU cohesion funds.”

The measures should be lifted only “only after the Hungarian remedial measures have had a sustainable effect,” a statement on the EP website said.

Regarding Hungary’s recovery and resilience plan to access the funds set up to counter the fallout of the coronavirus epidemic, MEPs said “they deplore that, because of the government’s actions, recovery funds have not yet reached the Hungarian people,” the statement said.

The risk that further funds would be misused remained, the statement said. “[The] Commission should not approve Hungary’s [recovery] plan until the country has fully complied with all recommendations in the field of the rule of law and all relevant judgments of the EU Court and the Court of Human Rights,” it added.

The statement said Hungary was “exerting pressure” on EU bodies by blocking decisions such as aid for Ukraine and the introduction of a global corporate tax, and called on the EC and the European Council not to cave in to it.

“This abuse of the rule on voting by unanimity should not have any impact on the decisions regarding the Hungarian recovery plan and the application of the rule of law conditionality legislation,” the resolution said. At the same time, beneficiaries of the funding should not be deprived of the means due to their government’s non-compliance, it said.

The EP protested that the proposal to trigger the conditionality procedure against Hungary had long been overdue and did not go far enough. Also, it urged the commission to take action in connection with other breaches of the rule of law, particularly those relating to the independence of the judiciary, the statement said.

In a statement, the Fidesz European parliamentary group said Hungarian left-wing MEPs did not want Hungary to receive EU funds. Fidesz’s MEPs, by contrast, had represented the interests of the Hungarian public by dismissing the text “condemning Hungary and Hungarians” which Hungarian left-wing opposition MEPs had “shamefully supported”.

Tamás Deutsch, the group’s head, said that what was a stake was “EU money that is rightfully ours”, and he declared the vote had been an act of “political punishment”.

Without the EU funds, teachers would not receive pay rises and municipalities, small and medium-sized firms, hospitals, transport, environmental protection and energy investments would all suffer as a result, too, he added.

Hungarian opposition MEP István Ujhelyi said in a statement that the Fidesz government and the homeland were not synonymous and “Hungary is not equitable to the Orbán regime”.

The Fidesz government would bear sole responsibility were Hungary to lose a single cent of EU funding, he said, adding that in a democratic rule-governed state Viktor Orbán and his government “would resign today”.

EU approval of Hungary’s recovery plan as reported in the press “is a big step forward”, Tibor Navracsics told a press briefing.

The minister for regional development said it appeared that by the end of the year Hungary would be able to conclude agreements with the European Commission, and Hungary would not lose its EU funding. Hungary, he added, had met the 17 requirements stipulated by the European Commission, and pre-determined schedule for changing the power structure between the National Judicial Council and the National Judicial Office with a March 31 deadline was on course.

Navracsics said the government had not received official notification of the EC decision. However, press reports indicating that the commission may suspend payment of 65% of funding for the operational programmes implied that payments would be delayed rather than resources would be lost. A deal on the partnership agreement “will be reached by the end of the year”, he said.

Press reports indicate that the EC will recommend the adoption of Hungary recovery plan, he said, adding that reports of its position did not amount to “anything new”.

The minister said every step stipulated as part of the conditionality procedure had been carried out by the government in cooperation with the EC.

Gergely Gulyás, the prime minister’s chief of staff, said at the roundtable that Hungary would only lose EU funding if the partnership agreement with the EC was not signed this year. He said that even if a decision referred to in press reports is passed, Hungary would still receive the 7.3 billion euros worth of funding it is entitled to in 2023 in framework of the EU’s 2021-2027 financial cycle.

The transfer of the amount would only be delayed if the EU’s freeze on the payment of funds remained in effect also in 2024, he said.

Gulyás said “the EC’s decision indicated in press reports only refers to a change in communication”. He argued that, under pressure by the European Parliament, the European Commission would put the emphasis on sustaining the conditionality mechanism rather than on signing agreements, adding that it was a demonstration to Hungary of rigour, he said.

In connection with the EU plan to provide Ukraine 18 billion euros worth of assistance, Gulyás said “Ukraine must receive that money, either in common financing or in the form of individual support by member states”.

He noted, however, that a proposal on taking out a common EU loan had not been drafted. Gulyás said Hungary would not support raising a common loan.

At the same time, Gulyás ruled out Hungary supporting the adoption of the global minimum tax, arguing that if adopted by Europe, it would seriously hurt the continent’s competitiveness against the United States.