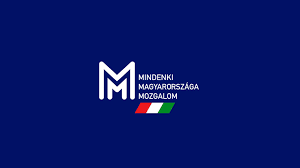 The Everyone’s Hungary Movement (MMM) has demanded that the report compiled by the secret services on it should be published.

The move would make it clear to all that “what we are seeing is merely a new chapter in Fidesz’s smear campaign,” MMM said in a statement.

MMM said it had publicly accounted for every penny of support, and posted the relevant document on its website.

“We’d like to see the Hungarian government follow our example. Namely it should publish files pertaining to pre-1990 secret service informers, the full list of migrants allowed to settle in Hungary, including criminals and terrorists subject to international warrants, documents pertaining to the Pegasus spyware, the treaties concerning the Paks 2 nuclear plant project, and the classified documents related to the Chinese railway and the Chinese university,” MMM said.

Máté Kocsis, the leader of the ruling party’s parliamentary group, said after a recent meeting of parliament’s national security committee, that he has initiated the declassification of the report.

Given the “shocking” and “serious” evidence presented in a secret service report concerning the foreign financing of left-wing parties in the last general election, the material should be declassified, he said on Thursday.

“The facts of the case are shocking and far more serious” than initially thought, he added.