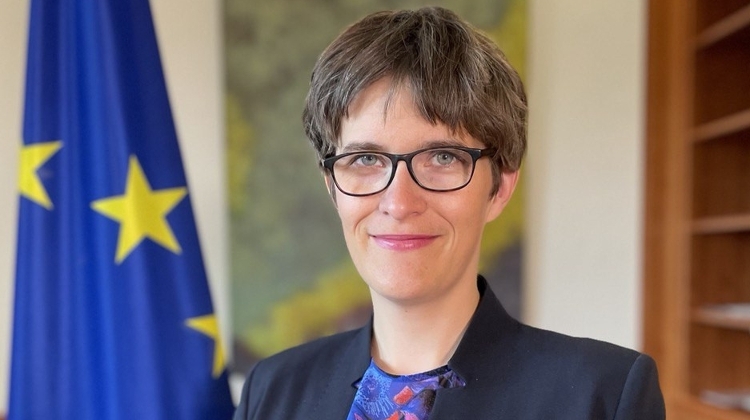 The Article 7 procedure against Hungary in defence of fundamental European values should continue, as protecting democracy and guaranteeing human rights are now more important today than ever before, the German state secretary in charge of European affairs said.

Hungary should make progress towards guaranteeing the freedom of the media, Anna Lührmann - pictured above - told reporters before a ministerial session in Brussels.

Concerning the rule-of-law conditionality mechanism, she said Germany was awaiting the European Commission’s report on how Hungary has implemented its recommendations and what it did to protect EU funding.

Laurence Boone, the French state secretary of European affairs, said France and Germany would draft a report on Hungary’s rule-of-law record, covering the judiciary, anti-graft measures, academic freedom, and the enforcement of fundamental rights, with focus on the right of assembly and minority rights.
Marko Štucin, the Slovenian state secretary of European affairs, said Hungary had made positive steps to address the EU’s concerns.