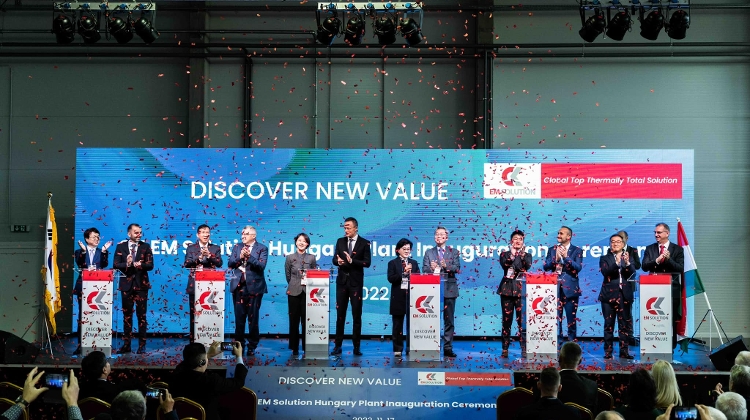 Hungary is the meeting point for the Eastern and Western automotive industries, the minister of foreign affairs and trade said at the inauguration of South Korean chemicals company Chokwang Paint’s new plant in Heves, in eastern Hungary.

The plant will produce heat dissipation adhesives for batteries in electric vehicles, Péter Szijjártó noted at the inauguration.

The Hungarian government is supporting the 3.8 billion forint (EUR 9.3m) investment with a 380 million forint grant, he added.

The project will further strengthen Hungary’s role in the EV industry and boost capacities for battery production, Szijjártó said.

“Hungary is the European champion of the automotive sector’s transition to electric vehicles,” the minister said, adding that the EV industry was a determining factor in the Hungarian economy’s long-term future.

Szijjártó said that with Europe “heading towards a recession” because of the war in Ukraine and the related sanctions, reliable and strategic partnerships like the one between Hungary and South Korea were becoming even more important.