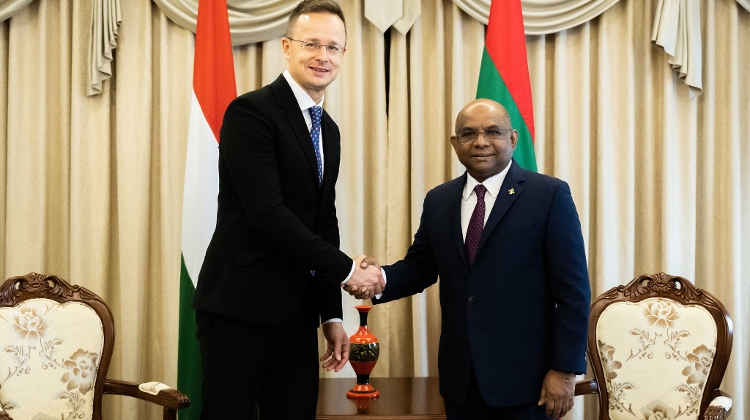 Hungary and the Maldive Islands have concluded a cooperation agreement on economic ties, higher education and sports, the minister of foreign affairs and trade said on Wednesday in Male, after meeting his Maldivian counterpart, Abdulla Shahid.

The Pacific region is an important focal point of geopolitical rivalry, which boosts the significance of “countries like the Maldives which are building their policies on common sense,” Péter Szijjártó said.

The European Union and Hungary see the Maldives, a regional stabilising influence in a strategic geographical location, as a key partner in the region, he said, adding that Hungary supports the country’s request for visa-free travel and tax exemptions for Maldivian fishing products.

Under the agreement they signed today, Hungary will raise the number of scholarships offered for Maldivian students to 25 from 15, and extend it to athletes and trainers, he said.

The government is also supporting Hungarian companies investing in the islands nation, especially in water management, waste management and tourism. Hungary is also sending Hungarian-made X-ray machines to the country, he added.

Szijjártó alter in the day met President Ibrahim Mohamed Solih and the ministers for higher education, economic development and sports.

Shahid thanked Hungary for its help to Maldivian students stranded in Ukraine when the war started, and noted Szijjártó was the first Hungarian foreign minister to pay an official visit to the country.

He called the talks “extremely fruitful” for boosting further cooperation, and he welcomed Hungary’s commitment to supporting the Maldives, especially its health-care sector.

Making further progress in cooperation relies on creating a physical representation and maintaining a personal presence, he said.

An investment protection agreement is expected to be concluded, while cultural ties will be deepened and support for Hungarian tourists enhanced, he said.

Hungary and the Maldives established diplomatic relations 47 years ago, Szijjártó noted, adding that Hungary-Maldives relations were based on mutual respect and mutual understanding.