Sensitive Topic: Most Locals Disagreed with US Embassy Publicly Expressing its Opinion of Hungary's Domestic Affairs 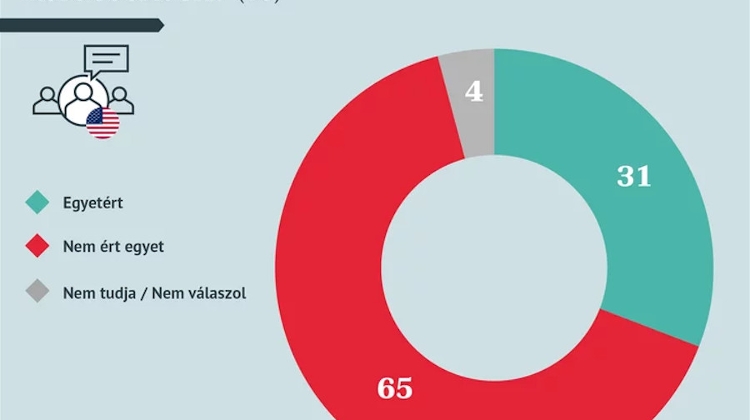 Fully 76% of Hungarians reject US interference in Hungarian domestic affairs, according to a survey published by the Századvég Foundation.

Századvég conducted an opinion poll of 1,000 Hungarians in November. Fully 76% of respondents said the US should respect diplomatic norms rather than interfering in the country’s domestic affairs, the think-tank said.

Some 18% said the active role of the US and criticism of Hungarian domestic affairs, when necessary, was “reasonable”.

Fully 65% of respondents disagreed with the US embassy expressing its opinion of Hungarian domestic issues in public, while 31% approved, Századvég said.

The full survey (in Hungarian) available on: Századvég.hu