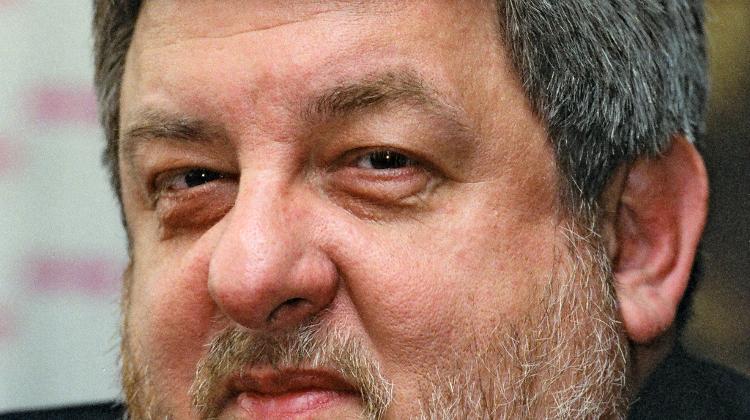 Multimedia Organization an English limited company was founded in 1982 by Laszlo Hegedus (63), a pioneer impresario and the first concert producer and promoter in Eastern-Europe working with international superstars.

He started as journalist in 1968 and switched to managing in 1973 working for rock bands The General and Locomotive GT until 1978. In 1978-2000 he started the successful Multimedia/laser shows at the Planetarium in Budapest. He also started promotion work for a German company in 1978 and soon he moved to West Berlin after having various clashes with the regulations of the “state economy” system of pink socialism of Hungary.

After founding Multimedia in 1982, with the help of English partners - and his widespread Eastern connections through the tours of Locomotive GT - he managed to sweeten the bite of “capitalist culture” for the communist state officials, with the irresistible fame and income of major stars. It was only possible with the help of a few powerful agents and managers like Bill Graham (Santana/Rolling Stones) and Jim Beach (Queen).

With their help he opened the “iron curtain” countries for live international rock and pop music and also started to organize shows in Greece and Yugoslavia from the beginning of the eighties. Just to mention a few names of the successes in this period: Santana, Elton John, Dire Straits, Stevie Wonder, Tina Turner, Queen, Genesis, Pink Floyd and the festival of Amnesty International’s Human Rights Now! with Bruce Springsteen and Sting.

He moved Multimedia to Hungary in 1989. he started Bonart Kft. as holding for a range of companies like a promotion company, the first major commercial radio station “Radio Calypso”, a motorbike courier service, Ticketpro the first Hungarian computer network based ticketing agency and the first independent international record company, MMC Records. Between 1991 and 1996 he was elected as board member of IFPI the world record industry governing association as it’s first independent Eastern European member.

Beside of continuously dealing as concert promoter, Laszlo Hegedus was the key person in setting up the Hungarian PolyGram Record Company in 1993 on the basis of his MMC Records Co. and nursed the opening of a string of Polygram/Universal companies in the region as consultant.

PolyGram, the market leader, has been operated under his direction as a joint-venture company until 1998 and further as Universal Music until 2003.

Since 2003 he had been involved into setting up a concert promotion subsidiary of Live Nation (former Clear Channel Entertainment), the largest entertainment conglomerate in the world promoting shows in Hungary and Eastern Europe with Paul McCartney, Robbie Williams, Phil Collins, Rolling Stones, RHCP, Sting, Queen, Pink, Peter Gabriel and many more.

In 2008 he left Live Nation and in 2009 re-started BonArt as an event promotion company and Multimedia as an international booking agency organizing blockbuster exhibitions like Tutankhamen’s Treasure and The Human Body and concerts like Elton John, Ozzy Osbourne, Ringo Starr, Erasure and many more in Hungary and in the former Eastern Bloc countries.

1. Where did you grow up?
In Budapest

2. If you could be an expat anywhere in the world, where would you choose?
Nusa Dua, Bali

3. What would you miss most if you moved away from Hungary?
Girls, girls, girls

4. Friends are in Budapest for a weekend - what must they absolutely see and do?
Our “The Human Body Exhibition” at Vaci 1. Shopping Gallery in downtown Budapest, antique shops of Falk Miksa street, ruin pubs of the ex-Ghetto at District 7.

5. What is your favourite food?
Pastrami/corned beef in Carnegie Deli NY

6. What is your favourite sport / form of exercise?
Chess

7. What is your favourite place in Hungary?
Falk Miksa street Art Festivals

8. What career other than yours would you love to pursue?
Sigmund Freud

9. What’s a job you would definitely never want?
Prime Minister of Hungary or any job around it

10. Where did you spend your last vacation?
Phuket, Thailand

12. What was your favourite band, film, or hobby as a teen?
Beatles, 9 ½ Fellini, playing bass guitar in the school group

13. What can’t you resist?
Rossini and Mozart with Cecilia Bartoli

17. Which social issue do you feel most strongly about?
Blind nationalist demagogy fueling racism and ruining chances of people and kids in need

19. Which achievement in your life are you most pleased about?
Organizing Budapest and Athens 'Human Rights Now' stadium concerts for Amnesty International in 1988 with Springsteen, Sting and achieve to free 77 conscience prisoners who refused military draft

20. What would you say is your personal motto?
We Are The Champions (even if we don’t know sometimes)