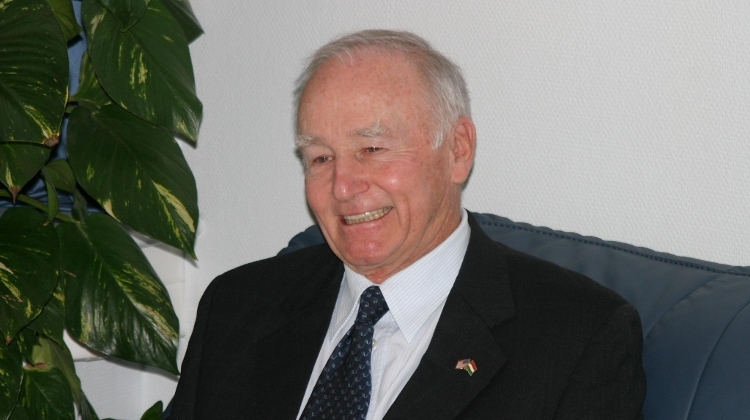 George Herbert Walker III was sworn into that role on 30 September 2003.

Ambassador Walker is a graduate of Yale University (B.A., 1953) and Harvard Law School (J.D., 1956), and he has received honorary degrees from Webster University and Harris-Stowe State College. He served in the U.S. Air Force from 1956-1958 and as Civilian Aide to the Secretary of the Army from 1974-1977.

Ambassador Walker is Chairman Emeritus of Stifel Financial Corp. and Stifel, Nicolaus & Company, Incorporated, where he served as President, Chief Executive Officer and Chairman. During the course of his business career, Ambassador Walker was also a director of Laidlaw Corporation, Western-Southern Life Insurance Company, and Macroeconomic Advisors, Inc.

In politics, Ambassador Walker was active in the national campaigns of both Presidents Reagan and Bush. Ambassador Walker is the founder and Chairman of the Steering Committee of Citizens for Home Rule, a group seeking to reform the structure of the city government in St. Louis.

Ambassador Walker is married to the former Carol Banta and they have eight children and nine grandchildren.

1. When did you arrive in Hungary and what brought you here?
I arrived here in October 2003 at the invitation of President Bush.

2. Have you ever been an expatriate elsewhere?
No.

3. What surprised you most about Hungary?
The beauty of the architecture and the kindness of the people we have met.

4. Friends are in Budapest for a weekend--what must they absolutely see and do?
They must visit several of the museums, go to Heroes? Square, and have a tour through Parliament.

5. What is your favorite Hungarian food?
I?d say crispy duck and red cabbage.

6. What is never missing from your refrigerator?
A bottle of Unicum.

7. What is your favorite Hungarian word?
Jó!

8. What do you miss the most from home?
Friends and family

9. What career other than yours would you love to pursue?
Professional baseball player

10. What?s a job you would definitely never want?
Stunt pilot

11. Where did you spend your last vacation?
Ireland

12. Where do you hope to spend your next one?
State of Maine in the USA

13.What was your favorite band, film, or hobby as a teen?
Playing tennis

16. Book or movie?
?The World is Flat? because it makes one understand better the accelerating rate of globalization

19. Buda side or Pest side?
I like them both. Pest is more of a favorite for dining out and I love the recreational opportunities of the Buda side.

20. What would you say is your personal motto?
Never give up!