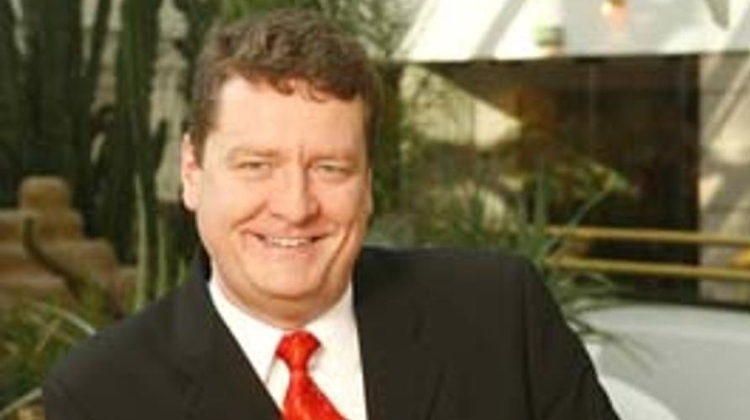 Born in 1964 in the heights of the Black Forrest in Germany, my child hood already laid the way to my future career. Growing up in a family of three generations of restaurateurs and inn-keepers, it was a natural move for me (and my brother) to continue the tradition.

At the age of 16 I started my career in the hospitality industry and became a chef apprentice. Having noticed my aim to be more in the front line, rather than behind the scenes, I moved forward with a hotel management training in the city of Cologne.

Working for an international brand already in 1984, I managed to map my career with locations in London, Bahrain, Shenzhen/China, before arriving for the first time in Budapest in May 1995, joining the Kempinski Hotel.

However, being restless and looking for new challenges, I moved on to work for the Hempel in London, a famous designer boutique hotel in late 1999. Working for a Lady and Lord, having celebrities and royalty on a weekly basis entering your hotel for sure was interesting and challenging at the same time.

A move to St. Petersburg in Russia followed my time in London and just prior to my arrival in Budapest last year to work as the Resident Manager, I was managing two small boutique hotels in Tallinn, the capital of Estonia.

1. When did you arrive in Hungary and what brought you here?
29th September 2007, coming back after almost 8 years of absence, re-joining the Kempinski Hotel Corvinus.

2. Have you ever been an expatriate elsewhere?
Yes, in various places. My first Expat status I had in Bahrain in 1991, followed by Shenzhen/China, both with Inter-Continental Hotels. In 1995 I came to Budapest for the first time, leaving to London for the Hempel hotel in 1999. I than rejoined the Kempinski group in St. Petersburg/Russia in 2001 and moved from there to Tallinn in 2003, where I managed the Schlössle Hotel.

3. What surprised you most about Hungary?
Having lived in Hungary before and enjoying my almost 5 years stay a lot, I was surprised when I came back in 2007 how intolerant Hungary became against various minority groups, as well as how the political stability, or should I say instability, turned out to be.

4. Friends are in Budapest for a weekend - what must they absolutely see and do?
For me the sights are all of interest, however, I always try to make people go and see the Hungarians in action. Be it in the market hall, the flee market in Kisspest, a stroll around Vajdahunjyad Castle, etc. Scenic points are great and most people know what they want to have for their picture album, but I think mixing and observing the local crowd is much more interesting.

5. What is your favourite Hungarian food?
Not thinking of the doctors advise, I would say goose liver in any form and kind. But I am always amazed at the Hungarian soups, they are rich, almost like a stew and remind me of the days when my grandmother cooked for me.

6. What is never missing from your refrigerator?
Its more on the freezer side, some good ice cream, as well as an ice cold Pálinka. Dont get me wrong, I have healthy food as well, but this keeps changing, the first is always available.

7.What is your favourite Hungarian word?
Egészségére - but not purely for the drinking, it has a lot of good meanings, from bless you to enjoy.

8. What do you miss most from home?
Having left home already in 1986, I have made Europe my home, so I am not really missing anything in particular. However, I do miss my relatives and some friends which are scattered all over Europe.

9. What career other than yours would you love to pursue?
As a child, I always wanted to become a director of a circus. In a way, I am just doing that, so the alternative would be close to what I am doing at the moment.

10. What's a job you would definitely never want?
A full administrative job, being locked in an office and having no opportunity to work with others.

11. Where did you spend your last vacation?
On the island of Sylt in Northern Germany. A place well worth visiting if you like a sea-side feeling combined with ample culinary delights.

12. Where do you hope to spend your next holiday?
Somewhere warm and preferably with friends. Top of the list is still Cape Town in South Africa as well as Cancun in Mexico. But looks more like a short vacation on lake Balaton this year for me.

13. What was your favourite band, film, or hobby as a teen?
Growing up in the Black Forrest in Germany's countryside, for me watching films about high schools in the US were most popular. So for sure it was GREASE, Back to the Future, and the likes.

14. What can't you resist?
Looking at my fridge question, the answer is easy. A good ice cream on a hot day in the sun.

15. Red wine or white?
Red wine, has more body, like myself

17. Morning person or night person?
A Night Person for sure, love sunrises, but only before going to bed.

19. Buda or Pest side?
Rather be the Buddha on Pest than the Pest on Buda.

20. What would you say is your personal motto?
You work to live and not live to work, so make use of your time in a perfect balance, as life is too short and you cannot turn back time.