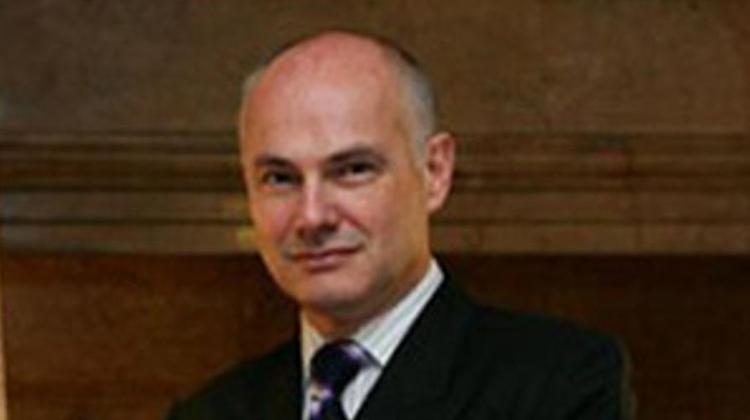 In December 2007 Greg Dorey became British Ambassador to the Republic of Hungary. Greg took up his appointment on 3 December 2007 and presented his credentials to Hungarian President László Sólyom on 5 December. Before his Xpat Interview here are just a few highlights from his CV.

Greg is accompanied in Hungary by his wife Alison Patricia, née Taylor. Born on 1 May 1956 in the Cotswolds, UK, Greg was educated at Rendcomb College, Cirencester and the University of Oxford 1974-1977, where he graduated with an MA in Modern History (1st Class). Today his interests include extreme gardening, literature, theatre, film, travel, walking, tennis.

Greg started his career in domestic banking with NatWest Bank. After a short time there he joined the British Ministry of Defence (MOD) as an Administration Trainee. Greg subsequently transferred to the British Foreign and Commonwealth Office (FCO). After gathering much valuable experience Greg was posted to Hungary as First Secretary (Political and Economic) between 1989 and 1992, during one of the most interesting periods of modern Hungarian history.

Between 1996 and 1999, Greg served as Counsellor and then Deputy High Commissioner at the British High Commission in Islamabad. (He was made a Commander of the Royal Victorian Order by HM the Queen Elizabeth in 1997.) During this period the High Commission also covered Afghanistan. Following a few month's secondment to HSBC Bank, Greg was Deputy Head of Mission in the British Consulate General in Hong Kong between 2000 and 2004.


1. When did you arrive in Hungary and what brought you here?
I was sent to this amazing country by the British Foreign Office in April 1989. In December 2007 I came back - but on this occasion I applied for the job and was lucky enough to win the competition.

2. Have you ever been an expatriate elsewhere?
Yes, Belgium, Pakistan and Hong Kong.

3. What surprised you most about Hungary?
The changes from the Hungary we remembered from our first stay. Arriving from Vienna on a proper motorway; consumer choice in the shops; traffic congestion in Budapest; pessimism about the future. But the natural warmth and generous hospitality of Hungarians when you get to know them is still very evident.

4. Friends are in Budapest for a weekend--what must they absolutely see and do?
Reject taxis and walk around the city - use one of the itineraries in Annabel Barber and Emma Roper-Evans' "Visible Cities: Budapest" or Andras Torok's "Budapest: a Critical Guide". Try to include Heroes' Square, Andrassy ut, Gerbaud's and the Var. Look up at buildings, don't just focus at street level. Get out of town for a bit to the Danube Bend. And come back - there's far too much to do in a weekend: you'll just get frustrated!

5. What is your favourite Hungarian food?
Szarvasragu

6. What is never missing from your refrigerator?
A bottle of Soproni Fekete Demon in case of emergency.

7. What is your favourite Hungarian word?
There are so many wonderful sounds in Hungarian. But if I say "palinkazas" or "szeretlek", you'll probably get the wrong idea. So I'll settle for "ribizli".

8. What do you miss the most from home?
Our lovely local neighbours from our village in Somerset (Templecombe).

9. What career other than yours would you love to pursue?
Theatre actor.

10. What's a job you would definitely never want?
Prime Minister of Hungary.

11. Where did you spend your last vacation?
La Mazere, Gascony.

12. Where do you hope to spend your next one?
Murau, Austria.

13. What was your favourite band, film, or hobby as a teen?
Band: Bob Dylan (and The Band, if it has to be a band).
Film: The Third Man.
Hobby: drama.

14. What can't you resist?
My wife or daughter when their mind is made up.

15. Red wine or white?
Either. Or both. Or Rose. Depends on the context. OK, if you insist on a choice - a very white wine. Maybe Royal Tokay Furmint for a good, sturdy, local option.

18. Dog person or cat person?
If I have to look after it, neither. If someone else is, maybe a spaniel.

19. Buda side or Pest side?
Pest for work and culture, Buda for relaxation.

20. What would you say is your personal motto?
"A leader is best when people barely know he exists....When his work is done, his aim fulfilled, they will say: we did it ourselves." (Lao Tzu)