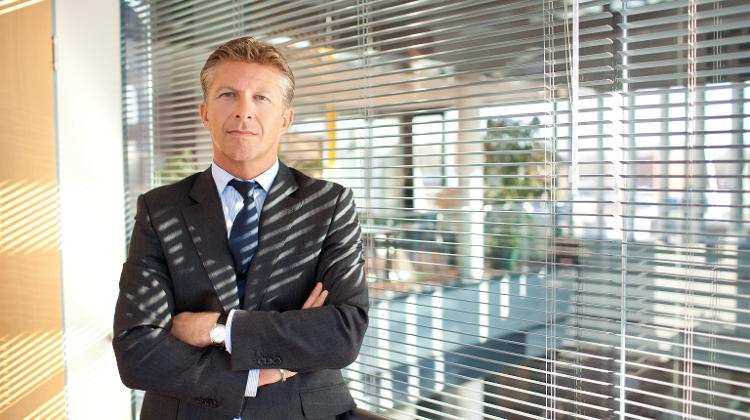 Social / Professional Activities:
2010 - Young Presidents Organization – Member of One Europe Chapter
2006 – 2008 American Chamber of Commerce - Member of the Board

In his spare time he likes sailing, running, music, films and reading

1. Where did you grow up?
I was born in Budapest and grew up in the Buda Hills in the 12th district. This neighbourhood has a high standard of living and is now explored by many expats.

2. If you could be an expat anywhere in the world, which country would you choose?
I like challenges so I would only choose to live as an expat in an environment that challenges me professionally. Country and geographic location do not matter.

3. What would you miss the most if you moved away from Hungary?
Budapest is a real hotspot, so there would be a lot to miss.

4. Friends are in Budapest for a weekend - what must they absolutely see and do?
The first impression counts. So my recommendation would be a walk along the Danube on the first evening, followed by a visit to one of Budapest’s unique “ruin pubs” (romkocsma). The second day should start in a spa or Turkish bath (Gellért, Rudas etc.). No one should miss out on a trip to Lake Balaton. A good Sunday lunch in Bock Bistro Buda would complete the visit.

5. What is your favourite food?
I prefer healthy food or typical Hungarian dishes prepared in a modern way.

6. What is your favourite sport / form of exercise?
I’m a passionate runner and I love to sail.

7. What is your favourite place in Hungary?
Palóznak at Lake Balaton, where the countryside meets the modern way of life.

8. What career other than yours would you love to pursue?
I’m fully satisfied with my current position. However, if I had a second chance I would try myself as an entrepreneur.

9. Is there a job you would definitely never want to do?
Jobs without the potential to impact the future would not interest me.

10. Where did you spend your last vacation?
Cuba – it was an interesting journey back in time with a Caribbean touch to it.

11. Where do you hope to spend your next one?
North-Korea – a journey back in time without a Caribbean touch to it…:-) Jokes aside, I would like to conquer Mont Blanc.

12. What was your favourite band, film, or hobby as a teen?
Prince, Wall Street with Michael Douglas and Charlie Sheen and sports.

13. Apart from temptation what can’t you resist?
I do my best to resist even the most challenging temptations. Sometimes I win, sometimes I lose.

14. Red wine or white?
It depends on the situation. I would rather answer the question: “beer or wine?”. Definitely wine.

15. Book or movie?
E-books and films on my Microsoft Surface tablet PC.

16. Morning person or night person?
Rather an early bird.

17. Which social issue do you feel most strongly about?
Reducing the digital gap and erasing digital illiteracy.

18. Buda or Pest side?
Living and working in Buda, going out and having fun in Pest.

19. Which achievement in your life are you most pleased about?
My greatest achievement in life is keeping a healthy balance between family and career.

20. What would you say is your personal motto?
“It's fine to celebrate success but it is more important to heed the lessons of failure.” (Bill Gates)