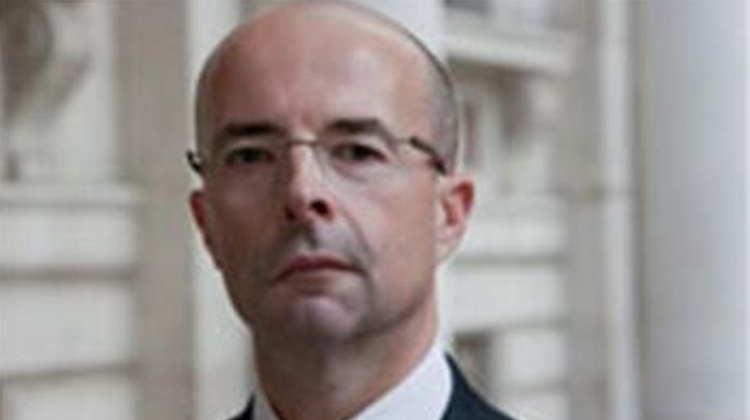 Jonathan Knott was appointed Her Majesty’s Ambassador to Hungary in March 2011 and arrived in Budapest in February 2012 to take up his post.

He has previously held a variety of diplomatic posts at home and abroad, several with a particular focus on commercial and corporate finance issues. Jonathan has served in a number of positions in the British Diplomatic Service since joining in 1988:

* Before this appointment he was Deputy Head of Mission and Director for Trade and Investment in South Korea from 2008 to 2011.
* Between 2005 and 2008 he held the post of Deputy Finance Director in the FCO.
* From 2000 to 2005 he served as First Secretary (Trade, Corporate Affairs and Finance Negotiator) in UKDel OECD Paris.
* From 1996 to 2000 he was First Secretary (Head of Political/Economic/Aid Section) in Mexico.
* From 1995 to 1996 he worked in the FCO as Deputy European Correspondent at the EU Directorate.
* Between 1991 and 1995 he served as Third later Second Secretary (Political / Press and Public Affairs) in Havana.
* From 1990 to 1991 he was Desk Officer in the FCO’s First Gulf War Emergency Unit.
* Between 1988 and 1990 he worked as Desk Officer in the FCO in the Anti Drugs Cooperation Department.

Jonathan holds an MA in law from Oxford University, and he is a member of the Chartered Institute of Management Accountants. He speaks English, French, Spanish and Hungarian. He is married to Angela Susan Knott and has one daughter and two sons.


1. When did you arrive in Hungary and what brought you here?
I arrived on 17 February. And I’m the British Ambassador. I’d really wanted this job, because I think there’s so much the UK and Hungary can offer each other. So I’m excited to have finally arrived and to be doing what I want so much to do.

2. Have you ever been an expatriate elsewhere?
I’ve had a few foreign postings as a diplomat. I’ve lived in Havana, Mexico City, Paris and most recently in Seoul where the language is even trickier than Hungarian.

3. What surprised you most about Hungary?
The warmth of my reception. Everyone has been so good to me and my family: in work, at home and around the city. Normally it takes a while to feel at home in a new town. It just took a few days in Budapest.

4. Friends are in Budapest for a weekend - what must they absolutely see and do?
Tough question after just a month. But I really love the night-time view across the Danube to Parliament and the Basilica. As for what to do: meet lots of Hungarians - that’s what visits should be all about.

5. What is your favourite Hungarian food?
Salami. For me Hungarian salami is the best in the world.

6. What is never missing from your refrigerator?
British marmalade. Nothing touches it. Thick cut if possible.

7. What is your favourite Hungarian word?
“Igen”. I love positivity. With a “can-do” attitude you can get pretty much anything done.

8. What do you miss the most from home?
Coverage of English football. Drives my wife mad when we’re in London. But if I could I’d watch every match that’s on. Even when it’s on TV overseas it’s not the same without the British commentators. Though I was surprised to find my team, West Ham, playing on a Hungarian channel the other night. They’re not on TV much in the UK since they got relegated from the Premier League. And the way things are going they’re not getting back there soon. So maybe I’ll get to see more of them here than I would in the UK.

9. What career other than yours would you love to pursue?
I’d love to be a Formula One driver for the Maclaren team. Flying the British flag in a British car going at 360 kph.

10. What's a job you would definitely never want?
Surgeon. Can’t stand the sight of blood.

11. Where did you spend your last vacation?
Saipan, an island in the Pacific. It was a great family vacation from Seoul. Beautiful beaches, great weather and really good for kids.

12. Where do you hope to spend your next one?
The Balaton. I visited in January but it’ll be a very different experience with warm sunny weather.

13. What was your favourite band, film, or hobby as a teen?
The Jam.
Goldfinger: I fell in love with the James Bond character and still secretly wish I was more Bond-ish.
Fencing: I wasn’t bad with the sabre.

14. What can't you resist?
Temptation

17. Morning person or night person?
Before I had kids I was a night person. Now I have to be a morning person. Though I do still yearn for the nightlife I enjoyed when I was in Paris. Maybe when the kids get a little older.

18. Which social issue do you feel most strongly about?
Education. It’s the key to everything. If we get that right everything else becomes so much easier.

19. Buda side or Pest side?
Too soon to say. Buda is very comfortable and the hills are beautiful; but I love the energy of Pest.

20. What would you say is your personal motto?
I’m not big on mottos. But if you’re interested in what I think, why not read my blog