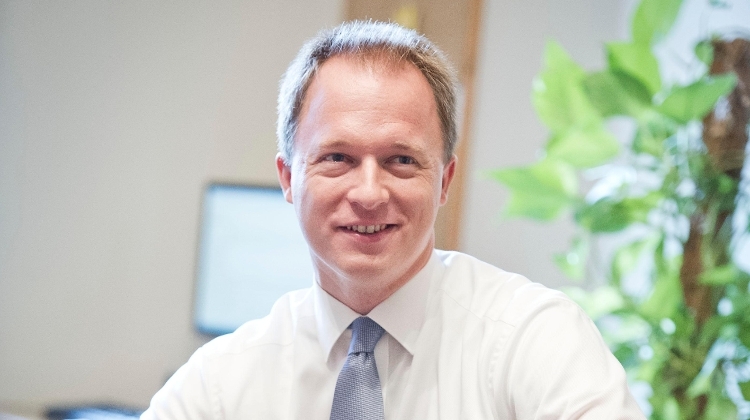 Ferenc Kumin is an economist and political scientist. He holds two MAs from the Corvinus University of Budapest and from CEU, and is a PhD candidate at the former. His fields of interest have been political communication and campaigning, political effect on finances, e-governance and e-democracy, and functioning of the parliamentarian heads of states.

He started his carrier as a political analyst in 2002 with frequent appearances in various media. In the meantime he started his guest lecturing activity at Századveg Political School, Corvinus University of Budapest, and later at Budapest College of Communication and Business.

In 2006 he became head of department at the Office of the President of the Republic responsible for the communication and strategic planning of the former head of state, László Sólyom. Before becoming deputy state secretary, from August 2010 he worked as senior analyst at Századvég Foundation, a conservative think-tank.

1. Where did you grow up?
It’s not a too complicated story. I was born and grew up in Budapest. Actually I have never lived far away from the place, where I had grown up. Now my mother can get to us in ten minutes. As a kid I spent the whole summer holiday by Lake Balaton in our small weekend house in Alsóörs, so I consider my Veszprém county roots important as well.

2. If you could be an expat anywhere in the world, where would you choose?
It’s the US, I guess. Their language is the one I speak relatively well (my German needs serious upgrade). I like the way they conduct politics, I like many aspects of the American lifestyle, the natural beauties, and the people as well. More specifically Colorado has impressed me very much, but I could also imagine myself as a New Yorker, probably for a European New York means the least cultural shock.

3. What would you miss most if you moved away from Hungary?
The list would be long. I frequently run and ride bicycle in the hills of Buda; it’s a big passion for me. I would also miss the Lake Balaton, which I’ve swum across seven times. Food and wine would be missed as well. But above all, and this might sound strange, I would miss the Hungarian public life. I know it may not be trendy to be positive about it, but being part of the public discourse in various roles, I guess, I couldn’t live without it for longer time.

4. Friends are in Budapest for a weekend - what must they absolutely see and do?
Apart from the usual stuff, I would take them to the hills, to some of the not that well known Buda side restaurants, sweet-stores. However, on the Pest side as well I could show them some hidden treasures, like the beautiful staircases and inner yards of some late 19th century houses in the seventh district, like the one I used to live in for some months.

5. What is your favourite food?
Yet again a long list, but if I need to pick one , I would choose the wild boar stew that I cook outdoors in the traditional Hungarian pot, called bogrács.

6. What is your favourite sport / form of exercise?
Running, biking, and swimming. My favorite running events are the 12 km Vivicitta and Half Marathon in Budapest. My best biking areas are the Buda Hills, or the hills by the north cost of Balaton, and when it comes to swimming of course what I like the most is the annual cross swimming of Balaton.

7. What is your favourite place in Hungary?
It must be the north cost of Balaton from Almádi to Tihany.

8. What career other than yours would you love to pursue?
I’d love to be a jet pilot – commercial or even military. I used to be a hobby glider pilot, so I still have some connection to aviation, but doing it professionally could be a great thing.

9. What’s a job you would definitely never want?
I could never do the job of any doctor, although we have some in my family. I wouldn’t dare take the responsibility for the health of any other human being. I find it amazing that – fortunately - there are people who dare.

10. Where did you spend your last vacation?
Didime, Turkey

11. Where do you hope to spend your next one?
I will look for a warm place, where my daughter could have a lot of fun. Whenever she feels fine, we feel fine as well. It’s amazing, how much it doesn’t matter anymore with a four year old, where you actually are, but how much that particular place suits your kid.

12. What was your favourite band, film, or hobby as a teen?
In the secondary school we listened to everything that was not in the mainstream. The student bands around us played blues, but we also frequently visited the concerts of the so called alternative bands from Pál Utcai Fiúk through Kispál és a Borz to Ef Zámbó Happy Dead Band. Our taste was similar about films: independent movies, everything from the Art Mozi network, and the VHS rental, called Odeon. As for hobbies, I spent significant amount of time with riding and fixing my bike.

13. What can’t you resist?
Any cookie on the table, the bad habit of Hungarians to put some pogácsa or Pilótakeksz (similar to Oreo) on the table, whenever there’s a meeting. That’s why I was particularly glad about the decision of this government to put some fresh vegetables on the tables during our meetings instead. Luckily I can’t resist these tasty vegetables either.

14. Red wine or white?
I have different periods, now I’m in the white period, but it doesn’t have to be like this forever.

15. Book or movie?
I used to be a movie guy, but since I have a kid and limited time, and with the appearance of ebook, I tend to be more of a book lover.

16. Morning person or night person?
Same changes here, I used to be a night person, but now it’s over, I have to wake up early. One can get used to it surprisingly well.

17. Which social issue do you feel most strongly about?
If I have to answer according to my knowledge, it would be the insufficient integration of the Hungarian Roma minority. If I have to rely on my personal day-to-day experience, it’s the homelessness.

19. Which achievement in your life are you most pleased about?
Maybe the ones not directly connected to my professional life: first of all, my family, and my incredible daughter, but less important things as well could be mentioned, like founding of geocaching.hu, getting private plane license (PPL) for gliders, being able to swim across the Lake Balaton, running a half marathon.

20. What would you say is your personal motto?
It’s mine, I’ve just made up: never plan too much, life is more creative than you could ever be!