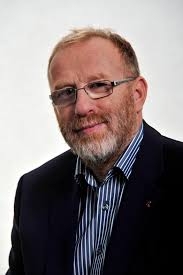 What’s been happening at work and at home since your last Xpat Interview in May 2012?

In my personal life – the most important event was the wedding of my younger daughter in August and I am extremely proud that my family has extended. An other important event was in July. As I am the co-chairman of the Hungarian Water Polo Association the biggest challenge was the Olympics which was not such a big success as the women’s Team came 4th and the men’s Team achieved the 5th place. However these can be still considered great results.

Professionally the challenge was given by the overall economical situation but we resisted the big winds and had a satisfactory year - we could say it was tough but successful.

What are you looking forward to most this year?
I still have an unmarried daughter! This year is also going to bring some professional challenges, and I am convinced that our team is going to meet group and shareholders expectations.

How would you describe the key market developments in 2012?
Two things were very important: the mix of handsets changed dramatically. More smartphones were and more customers appeared on the network and that also changed the utilisation of the phones. Based on the 900 MHz frequency we won in 2012 we are now able to deliver higher speed and higher coverage. Until now we were able to deliver to our customers “two dimensions” i.e. any information in any time, now with the help of the 90+% high speed mobile internet coverage it all became three dimensional (anytime, anything, and anywhere). These days with the handsets and tablets one is able to reach all info and this is a big change in people’s life.

What was your biggest challenge in 2012?
The pressure on us rolling out the 900 MHz frequency and communicate it. The F1 campaign with Janson Button was successful in this regard and helped to change the perception of Vodafone.

What do you feel will be your greatest challenges in 2013?
Could be the financial challenge. We have now two extra taxes – the telco-tax and the communication tax nevertheless our shareholders are looking forward to get income so we should be able to generate some profit.

What are your views about foreign direct investment in Hungary?
Current economic climate it is not so stable, investors expect stability and predictability. However several big investments are happening. One of the strategically important one is Huawei’s. Their European Logistic and Production centre is in Hungary which generates 3 – 4 % of GDP of the country – they deliver products from Hungary to 37 countries.

Your opinion about Vodafone engaging with the international community in Hungary?
One of the big recent success of Vodafone is the new package called RED only a very few countries implemented so far. Based on this product development Vodafone Hungary won the Best Mobile Communication Product in 2012 award. The major advantage in this solution is a fixed rate per month for unlimited sms and calls. We are expecting a huge demand on this service since it is appealing also for foreigners not just the Hungarian customers. The English language home page still has to be introduced based on we should give expats extraordinary services.

What are the new Telco trends you see emerging this year?
Trends won’t change too much – the smartphone penetration is growing. Apple and Samsung are the key players, and we also have our Vodafone tablet. The tablets are very well used and liked, I expect a big tablet boom. The mobile internet penetration will continue to grow as well. The NFC will just boom in the coming quarter. The Machine to Machine communication according to the analyst’s expectations will bring 50 billion subscriptions by 2020. It could be one of the strongest growth driver in 2013.

What is your most treasured possession?
I am most proud of Vodafone image - I am here since 2007 and with the management we achieved a good position on the market.

What was the luckiest moment in your life so far?
It is family related: when I first saw my wife in 1977. By the way it was in a swimming pool.

What behaviour do you most dislike in others?
When someone is selfish, the ones focusing only on themselves. I prefer team players, people able to work and play together.

How do you relax?
I am doing sports, playing water-polo and I bicycle. When I am with my children and my wife is also really relaxing for me.

Which website do you most visit?
http://www.mvlsz.hu/ - the Hungarian Water polo Association’s site.

What keeps you awake at night?
Sometimes when my son is going out at the evening and not home at night.

What main piece of advice would you give to your successor?
Let’s be a team player – grow a good team who are able to work together. I have lectures at the the Economic University and try explain the same message to the students.

What single thing would improve the quality of your life?
If the doctors would find a special pill to keep us awake all the time. I know, sleeping is important but if we were aware more, we would be able to achieve more.

What question(s) would you ask if you interviewed yourself?
The previous 17 questions

To summarise, what are your three key aims for this year?
Hope that all my extended family members will stay healthy and successful.
At Vodafone we try to achieve the plans we have.

I hope in the country we will face a more stable and predicted economical and legal environment.