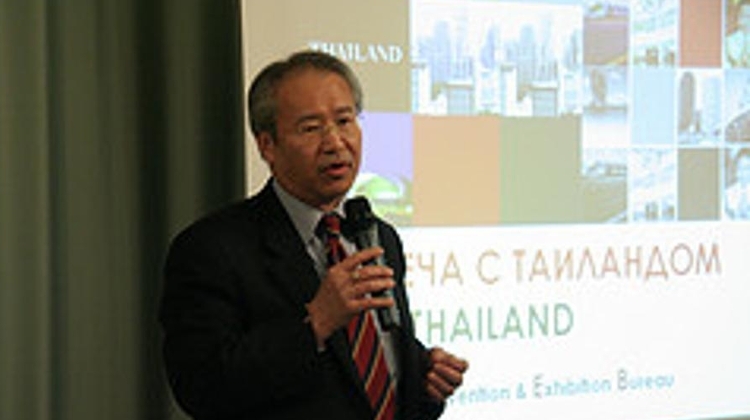 1. When did you arrive in Hungary and what brought you here?
6 November 2012. My duty. My ministry sent me here to this very interesting place. I fell in love with Hungary on the first day. I am happy here.

3. What surprised you most about Hungary?
I found that people here are very nice and many of them speak English. Hungary offers a few good things to offer, like the nature, thermal bathes, agricultural products like mangalica, liba máj and Paprika. Transportation network is very good here. Budapest is beautiful; Hungarian National Parliament is one of the most beautiful parliament in the world.

4. Friends are in Budapest for a weekend - what must they absolutely see and do?
First thing would be the Parliament then the Buda castle, and I would take them out to enjoy good food. A visit to a thermal bath – I’ve just tried Széchényi so far.

5. What is your favourite Hungarian food?
Fish soup- spicy of course.

6. What is never missing from your refrigerator?
Fruits, fish (preferable), pork, vegetables – not necessarily Hungarian, all kind of bread (is very good here).

7. What is your favourite Hungarian word?
Igen, igen. and három.

8. What do you miss the most from home?
I miss my Mom, she is probably coming here next month, but in general, I do not miss nothing really,

9. What career other than yours would you love to pursue?
I would not say a career, but I would prefer being a student, I like going to university, to the library. If I really had to choose a career, I would be a teacher, lecturer, since education is the most important to everyone. I would love to see everyone have a good education. I might do that after I retire.

10. What's a job you would definitely never want?
I don’t know, I’ve never thought of it. I am flexible.

11. Where did you spend your last vacation?
In Istanbul - went there with my three kids. Drove there from Hungary – we spent overnight in Sofia. Travelling by car is adventurous. Could explore out places in Serbia and Bulgaria. It was interesting to see the same letters as in Moscow in those two countries. Istanbul is a touristy city. The trip was arranged by my 29 years old son, he was the one who decided where to go.

12. Where do you hope to spend your next one?
We do not know yet, maybe to South Africa, for a safari town.

13. What was your favourite band, film, or hobby as a teen?
I liked classical and country music. Listening to the classical music relaxes my mind. Through country musics you can understand people’s life. They really reflect the real life.
I loved Bee Gees – staying alive. Film: Mission Impossible and I also liked cowboy movies. At the same time I also liked action films, James Bond, and historical ones, too, like Ben Hur.

Hobby - I played tennis and these days I play golf.

14. What can't you resist?
I don’t think there is anything I can’t resist. I am quite patient , so I can handle sensitive / difficult situations. Perhaps, coffee, but in general I am ok.

15. Red wine or white?
Both, but not much. I just started being able to take white wine lately – before it gave me a headache.

16. Book or movie?
Both. Now, these two things are probably the ones I can’t resist.

17. Morning person or night person?
Both. True. I can wake up early and can stay up late. Can even drive long way till two or three am, even alone/ without company.

18. Which social issue do you feel most strongly about?
I really feel strongly about helping unfortunate / poor people, those don’t have enough to eat, wear, take medicine (they are always in my mind). Being a Thai (they are very sentimental in general), I like helping them, the so -called the less-fortunate. Here, at the Embassy we plan to offer food for some centres, to give food to homeless or orphanage once a month.

19. Buda side or Pest side?
Both. I live in Buda, and love going to Pest. They are different, Buda has something which Pest doesn’t have and Pest has something Buda has not. – so they complement each other.

20. What would you say is your personal motto?
Be patient, be flexible, be kind. As a Buddhist, “metta”, kindness is important, you just love to see people happy and healthy. You are kind to them , love seeing them in good conditions. I always have this in my mind.