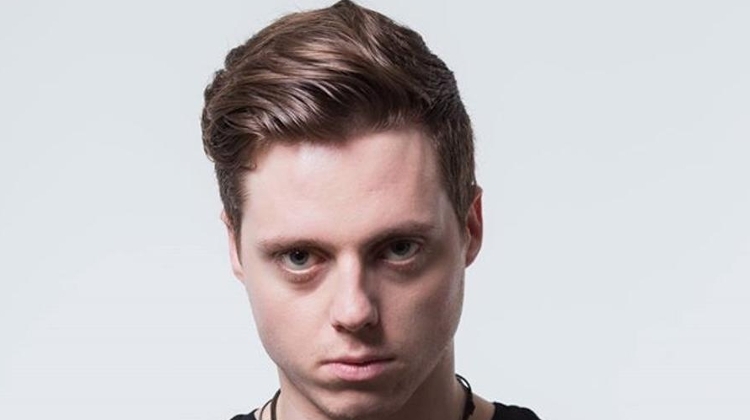 Zasmar is a travelling Mentalist, Magician and Hypnotist from a small town in the south of the UK.

After graduating from the University of Essex with a Masters in International Relations to find nothing more than a saturated job market and a large amount of student debt - he promptly escaped from the broken promises of the UK's corporate wasteland to Budapest's underground.

Today, still un-wanted by his home country, he survives as a soldier of fortune. If you have a problem, if no one else can help, and if you can find him.... maybe you can hire The A-Team Zasmar Magíc.

1. When did you arrive in Hungary and what brought you here?
I first arrived in Hungary in the December of 2012 for somewhat of a lads holiday/long weekend. After being captivated by the city I made it my mission to try and build my contact base up within Hungary, in the hope of expanding my opportunities in Budapest alongside opening some doors in Europe. It's been hard work, but the results have made it more than worth it. Budapest is a city I always feel very welcomed and comfortable in.

2. Have you ever been an expatriate elsewhere?
As I am a travelling magician, I guess I can't really class myself as a 'true-blood' expat. But in terms of extended periods away from home in another country, Hungary certainly is my first.

3. What surprised you most about Hungary?
Coming from a small town in the South of England, it was the vibrancy of Budapest that surprised me the most. There is always something going on somewhere which is easy to get involved with. Parallel to this is the 'motherly' nature of the city. Friends and I always joke how the city seems to know when your feeling a little blue, and as if by magic throws some kind of adventure, opportunity or new friendship your way to perk you up. Budapest truly is a haven for self development and reflection.

4. Friends are in Budapest for a weekend - what must they absolutely see and do?
Having paid the unofficial role of local tour guide a number of times now, I have a pretty well planned and standardised route I stick to which changes depending on the season. I would list everything, but the wall of text I would inevitably create on this page would be biblical - so I best stick to the top 5 things: Széchényi thermal baths, the Citadel, a boozy ruin bar tour, Sir Lancelot’s, and my latest favourite - escape rooms.

5. What is your favourite Hungarian food?
Now this is a tough question. I have been lucky enough to try a number of Hungarian delicacies and they are all fantastic in their right context. A night of heavy drinking is always ended best with a gyros pitában with extra chilli. Mangalica is superb if your a pork fan. And nothing beats back a cold better than a warm and hearty soup-in-loaf. Outside of traditional Hungarian food the city boasts some of the best Italian, Mexican and Burgers that money can buy.

6. What is never missing from your refrigerator?
A jar of csemege uborka (3-6cm, of course) is always stashed away at the back of my fridge, and possibly a bar of that heavenly Milka-Daim chocolate hybrid. You won't believe me but the two go together really well, especially when accompanied with a juicy red apple (try it, you won't look back). I will also shamelessly admit that my fridge always contains a bottle of HP sauce, something I feel needs no explanation or justification.

7. What is your favourite Hungarian word?
Another tricky question, simply because there are so many great words. However my current favourite has to be the word for the number 4 - négy. If you say it in a slightly higher pitch and drag out the 'é' sound, you can make it sound like a mosquito flying around the room that is suddenly squashed by your fingers - go on, try it :D.

8. What do you miss the most from home?
Proper milk, bacon and custard tarts. In that order. Many of my Hungarian friends try to convince me that their domestic alternatives are equal or even superior. But it's a no from me. It's not a bad thing though, it just makes that first trip to a Tesco express upon arriving back home all the more bearable.

9. What career other than yours would you love to pursue?
Architecture. I'm not sure if it the spectacular buildings in the city have influenced me but I have always had an interest in building design and city planning. That being said, being a magician isn't all that bad, so I rarely find myself day-dreaming about the grass being greener.

10. What's a job you would definitely never want?
Anything too corporate and regimented. I stumbled across a quote recently (that I wish I could claim to be my own) which goes something like: "When I eventually leave this planet, I don't want my main contribution to be increased shareholder value"

11. Where did you spend your last vacation?
It was a long time ago now, as I view all my numerous trips to Budapest as vacations to some degree. But it was another lads holiday to Munich with some university mates. I would like to tell you what happened but I honestly can't remember a great deal. There was beer though.. Yeah.. there was definitely some beer involved.

12. Where do you hope to spend your next one?
I am hoping to jump on the Croatia bandwagon before it's gets ruined by the 18-30's crowd from Brentwood, Essex even further. It's the only one real downside to Budapest, no seaside within short reach. This is of course made up for by Balaton but coming from the south coast of the UK I miss the sea a great deal.

13. What was your favourite band, film, or hobby as a teen?
Band: Metallica. Film: The Matrix. Hobby: Computer gaming and everything else that goes with it.

14. Apart of temptation what can't you resist?
A red Balaton bar every time I visit a Spar store in Hungary. It's just tradition now.

16. Book or movie?
I am a big movie fan, so I will have to go with movie. Nothing beats laying in the sun somewhere with a good book though.

17. Morning person or night person?
100% a night person. Every morning for me is akin to waking up from a long winters hibernation. It takes a bucket of coffee to get me going.

18. Which social issue do you feel most strongly about?
Another question which I could write pages and pages for. But if I had to choose a handful of current pressing social issues, they would be: government transparency in the wake of the Snowden leaks; the creation of sketchy trade agreements such as TTiP and the damning effects they will have on our personal freedoms; and the diabolical process of fracking and the suppression of green technology innovation by the dinosaurs controlling the energy industry.

19. Buda side or Pest side?
As the main man Ali G would say, Pest side represent! Although Buda has it's charms too. A ‘Buda or Pest’ debate is certainly one I would avoid.

20. What would you say is your personal motto?
'Easy Come, Easy Go.', everything is constantly in flux, you've just gotta roll with the punches really.