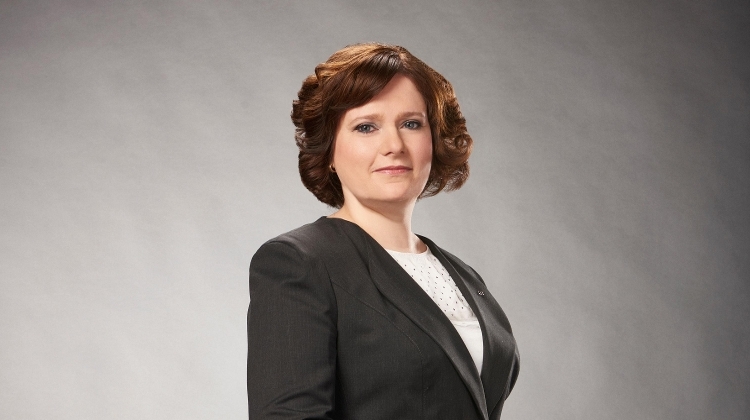 Gabriella Heiszler was born in 1975 in Budapest. She studied first at the Corvinus University of Budapest and then at the universities of Passau and St. Gallen. Then in 2005 she also received her post-graduate law degree. From 1992 to 2002 she worked at General Electric as a financial analyst, and then as the financial controller of Worldmark Hungary, where she controlled the financial, economic, HR and administrative tasks of the company.

She joined SPAR in 2006. She started her career at the company as the head of internal controlling, and went on to become the head of controlling in 2009. From 2010 to 2012 she headed the accounting and controlling departments until she was appointed manager. On 1 April 2015 she was appointed the managing director of SPAR Hungary. In this position Gabriella Heiszler she has been responsible for the activities of the financial, accounting, controlling, legal, IT and organisation departments.

From 1 January 2017 she is also going to oversee the work of the human resources, expansion, technical, logistics, purchasing, marketing, communication, quality and environment management, personnel development and internal controlling departments, as well as the Regnum Meat Processing Plant and Training Centre.

1. Where did you grow up?
I lived in Budapest till the age of 6 and then in Budaörs.

2. If you could be an expat anywhere in the world, where would you choose?
I have already been an expat numerous times. I have lived in Passau, Germany for 6 months, and another 6 months in St. Gallen, Switzerland.
If I worked in another country, I would surely change to another continent. I would consider South America or Australia.

3. What would you miss most if you moved away from Hungary?
My family.

4. Friends are in Budapest for a weekend - what must they absolutely see and do?
I would take my friends to wine-tasting in Etyek, since I live there. In Budapest, I would show them the “Lotz Hall” of the department store “Párizsi Nagyáruház”, on Andrássy Avenue.

5. What is your favourite food?
Hungarian stuffed peppers.

6. What is your favourite sport / form of exercise?
Yoga.

7. What is your favourite place in Hungary?
The banks of the Körös River in the town of Szarvas.

8. What career other than yours would you love to pursue?
I would be a professor at a university.

9. What’s a job you would definitely never want?
I could not imagine myself being a doctor.

10. Where did you spend your last vacation?
In Tokaj.

11. Where do you hope to spend your next one?
In Telkibánya.

12. What was your favourite band, film, or hobby as a teen?
Band: Europe
Film: Rain Man
Hobby: Basketball

13. Apart of temptation what can’t you resist?
Cheesecakes

14. Red wine or white?
It depends: white in the summer, red in the winter.

17. Which social issue do you feel most strongly about?
Reducing the wealth and income gap.

19. Which achievement in your life are you most pleased about?
You have to be pleased about the life you currently pursue.

20. What would you say is your personal motto?
We can only get by through cooperation and team-work.