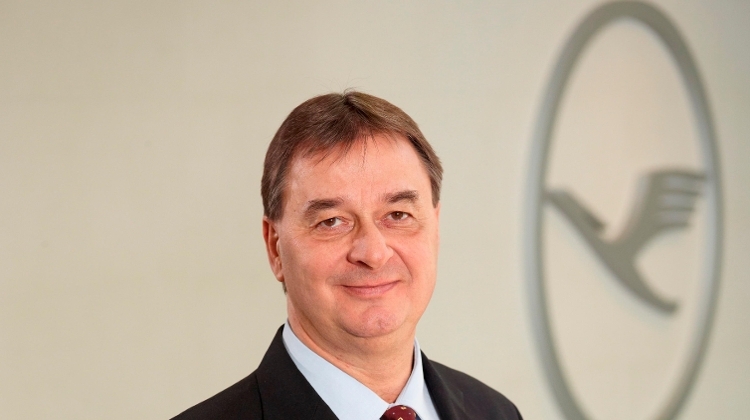 Mr. Gábor Antal joined Lufthansa German Airlines 26 year ago. Holding a degree in economics, he worked in international trade before. He has experience in all phases of sales from reservation through key account management. In 2007, he was appointed to Sales Director of Lufthansa in Hungary. In the following year, he contributed to the integration of Swiss and Austrian Airlines taking over their sales functions. As of 2014 he became Country Manager Passenger Sales for the Lufthansa Group in Hungary.

He managed several projects such as introduction of MSS ( Management Support System ) in Hungary and launching of Miles & More loyalty program in Lithuania and Hungary. In 2008 and 2011 holding the leading positions of chair and deputy chair of Star Alliance Committee for Hungary. In 2011 deputy chair of BARIH ( Board of Airline Representatives in Hungary ).

He is married with 2 children.

1. Where did you grow up?
In Budapest in south Buda, in the 11th district, now I live still in Buda but moved to the north part of it to the 3rd district.

2. If you could be an expat anywhere in the world, where would you choose?
Probably Spain, Portugal or Italy. I would prefer a place where the people’s mentality is similar to Hungarians. Definitely not Scandinavia, not just because of very different mentality but due to climate.

3. What would you miss most if you moved away from Hungary?
People in general, but particularly friends and cuisine.

4. Friends are in Budapest for a weekend - what must they absolutely see and do?
A weekend is definitely less for Budapest , but if it is really no time more, a walk at the Parliament both inside and outside and Hero’s Square and the recently renewed Castle Garden Bazaar and Castle District would be indispensable. I believe that day would be quite packed.

5. What is your favourite food?
I have many. May be stuffed cabbage from the Hungarian cuisine and Tom Yum Thai spicy soup from foreigner kitchen.

6. What is your favourite sport / form of exercise?
I love water sports and especially rowing as I used to do kayak and canoe. Nowadays I prefer however bicycle.

7. What is your favourite place in Hungary?
Many. Either near to lake or river, but water must be there. If not close to water than one of our 22 wine regions.

8. What career other than yours would you love to pursue?
Again the airline business, I am absolutely happy with it.

9. What’s a job you would definitely never want?
A sales man who tries to sell e.i. Avon also to friends and may destroy old relationship, as such.

10. Where did you spend your last vacation?
Bali Island, Indonesia

11. Where do you hope to spend your next one?
Maybe Thailand Koh Samui Island, but honestly no idea, still too far.

12. What was your favourite band, film, or hobby as a teen?
Bands : Jethro Tull, Led Zeppelin, Rolling Stones, and the Hungarians were also great like Illes and Omega.
Film: Once Upon a Time in the West , Romeo and Juliet from Zefirelli, Hair but many others as well.
Hobby: no time for “classic hobbies” as did sport, kayak and canoe very intense, but I consider it as a hobby

13. What can’t you resist?
Family and a good glass of wine.

14. Red wine or white?
Depends on food. Usually white wine for chatting and in a wine cellar.

17. Which social issue do you feel most strongly about?
Any form of abuse and hurt somebody’s property/belongings. May be I should be a cop ?

18. Buda or Pest side?
Buda. Just had a small bypass to Pest.

19. Which achievement in your life are you most pleased about?
I am rarely completely pleased, striving to do better, but a I am really proud of my children.

20. What would you say is your personal motto?
Usually I don’t use motto. However nowadays due to many changes around me, also in the business I may remind myself of one I have read somewhere: Whenever the winds of changes are blowing, the ones with doubts would build walls but the optimists are stretching sails.