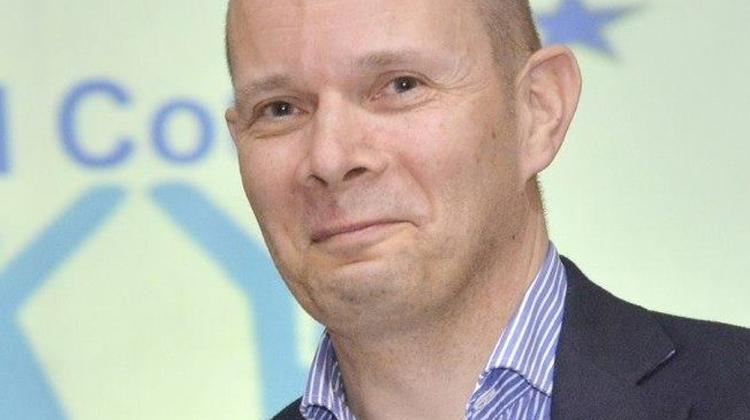 Martin joined Tesco UK in 1990, and with their first international deployments he moved to Hungary in 1996, when his first task was to open the Pólus Store in Budapest. The next year he became the New Store Opening Manager for Hungary, as Tesco’s deployment ramped up, and later became the Hypermarket Director of Budaörs store - Tesco’s biggest store anywhere in the group in 2000. In 2003 he was appointed to lead the stores in the south of Hungary, and later the Budapest Group.

The next stage in his career came as Step Change Director in 2007, one year later was promoted to Support Office and Step Change Director, gaining further responsibilities as Operations Support Director (responsible for: Supply Chain, IT, Loss Prevention) in 2010-2011. In 2011 he joined the Board of Tesco Mobile Hungary and was also appointed Operations Development Director (IT, Loss Prevention, Operating Model, Operations Development, Step Change, Productivity) in 2011-2013.

His first regional role as Central Europe and Turkey Operations Development Director between 2013-15. Since March 2015 he has been CE Business Support Director working across Hungary, Slovakia, Czech Republic and Poland.

1. When did you arrive in Hungary and what brought you here?
In August 1996, for the opening of the first Tesco in Pólus Center. I was on the second Tesco plane to Hungary, on the first were the commercial team.

2. Have you ever been an expatriate elsewhere?
No, I do work in lots of other countries from Hungary.

3. What surprised you most about Hungary?
The language, to be honest it was a nightmare… Now I speak pretty fluent Hungarian, it took some years since I didn’t take any classes.

4. Friends are in Budapest for a weekend - what must they absolutely see and do?
I always tell them to take a slow walk on both sides of the river. Have a coffee at Four Seasons, and go around the corner for a cake. For food they can’t go wrong with Fausto’s, or Fatál if they want to have good Hungarian food.

5. What is your favourite Hungarian food?
My mother in Law’s Máglyarakás (Hungarian jam pudding dessert, made with bread, apples and jam).

6. What is never missing from your refrigerator?
The usual stuff, I’ve grown out of the phase of missing Branston pickles and things like that.

7.What is your favourite Hungarian word?
Fütyi.

8. What do you miss most from home?
Yorkshire.

9. What career other than yours would you love to pursue?
Mentoring young graduates in management. I just won a mentoring award, presented by the Hungarian Coaching Association.

10. What's a job you would definitely never want?
Anything in finance.

11. Where did you spend your last vacation?
In East and North Yorkshire, visiting all my childhood haunts.

12. Where do you hope to spend your next holiday?
Venice, for a long weekend.

13. Apart of temptation what can't you resist?
Ice-cream, any variety!

14. What was your favourite band, film, or hobby as a teen?
Band: The Straycats. Film: Star Wars. Hobby: Being a rockabilly was my life then.

16. Book or movie?
Both. I last read Ari Gold, and watched one of the Star Wars films with my son.

17. Morning person or night person?
Morning. I get up at 5am every day.

18. Which social issue do you feel most strongly about?
Education for young kids.

20. What would you say is your personal motto?
When it is difficult you are learning..you learn more from the struggle than the success.