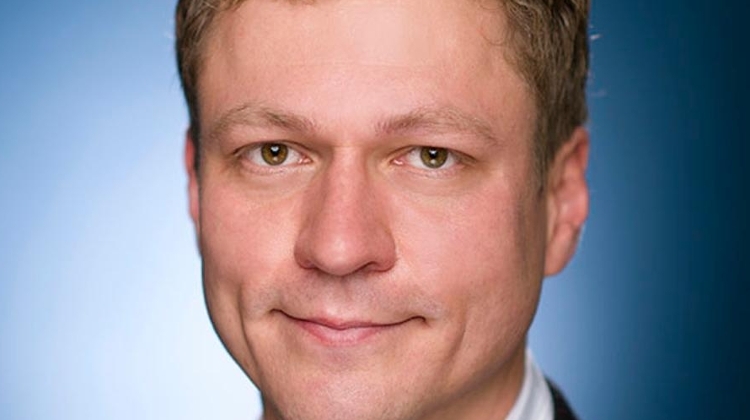 Peter Szilagyi is Associate Professor of Finance at CEU Business School, and Director of the MSc in Finance program. The MSc in Finance is a one-year program with the possibility to extend, and runs both full and part-time. The next program starts in February 2016, with applications accepted until December 1.

What does the world of finance mean to you (personally, professionally)?
I absolutely love it. The more you know and put the pieces together, the more you appreciate how much more there is to know, which drives my research. And then, the more you teach and talk to people about finance, the more you realize how little people actually understand it, even though it is the cardiovascular system of business.

I was never actually meant to be a finance academic, or had a major interest in finance, until I somehow wandered into a finance conference while working for the BBC World Service. I met a finance professor there, who continues to be one of my closest friends and collaborators. We got chatting, and he suggested we do work together on bond market development in Japan. We ended up doing a book for Wiley on European fixed-income markets, and it kind of took off from there. I went to study in Sydney, got a PhD in the Netherlands, and somehow ended up at Oxford then Cambridge. I spent seven years at Cambridge Judge Business School before finally moving back home.

How important (and why) is your body of knowledge, to the students and to the academic & business communities?
Finance is the science of knowing money. Even in today’s post-crisis world people don’t realize just how critical it is that you understand it, whatever area of business you are in. Every decision that affects your wealth or the wealth of your company is a financial decision. And, companies put themselves at a massive competitive disadvantage by not understanding the complex financial environment that surrounds them.

Last year there was an article in the Financial Times that financial illiteracy remains rampant in the corporate world, and that business schools are largely to blame because they don’t put enough emphasis on finance. In response a colleague said no wonder, the crisis has shown that finance is dead and we should be focusing on making firms become good citizens. What do you mean, I asked? How will firms be good citizens if they go bust because they cannot tell good investments from bad ones, and they do not know how to optimally finance them? How will they make and protect business plans if they don’t know how to manage their innate exposure to financial markets, including volatile exchange rates and interest rates?

I got equally frustrated at the Budapest Economic Forum. It was pointed out that the Budapest Stock Exchange is the smallest it has been since the mid-90s. The solution most people voted for in a flash poll? Nationalize it! How would that work exactly? Shouldn’t you increase transparency and protect investors instead, so they actually have the confidence to invest in the market, which would in turn bring back firms looking for capital? I also had an issue with banks complaining they could not find creditworthy firms to lend to. I understand their plight but I was thinking, why don’t you help firms manage their risk exposures so they become more creditworthy? Firms should be actively educated and offered comprehensive risk management services by banks, yet banks don’t seem to be stepping up – even though they would create not only better borrowers but a whole new business segment in the process.

I am now Director of the MSc in Finance at CEU Business School, and am taking it upon myself to provide the modern finance knowledge you need and the practical training to actually apply that knowledge. The February 2016 intake will get several new courses and Finance@CEU, a speaker series for experts working at the daily cutting edge of finance. We are also inching closer to offering international exchanges, and further finance courses through a cross-listing deal with CEU’s Department of Economics and Department of Mathematics.

We are stepping up our career services, working with global finance employers present in Budapest to make sure we meet their needs. And, we are actively involved with CEU’s alumni community, which has local chapters in 72 countries and graduates in 119 countries. The Times Higher Education rankings show we are one of the world’s top 100 universities in social sciences including business, and the third most international after Hong Kong’s HKUST and HEC Paris!

What is your research area, why did you choose that? How did you become editor of a major finance journal?
I dabble in everything finance that interests me, which is not that wise given that corporate finance, asset pricing and banking are all very different, and doing truly outstanding research requires a high degree of specialization. I ended up doing my PhD in corporate finance and corporate governance, but I have always had my side projects in market efficiency, international finance, even business ethics. It is this broad approach, and my friend who actually convinced me to go into finance, that got Elsevier to offer me various editorial roles. I am Editor of the Journal of Multinational Financial Management, and Subject Editor of two other major academic journals.

If you could be an expat anywhere in the world, where would you choose?
The one regret I have is I never took a job offer in Barcelona when I was on the academic job market as a graduating PhD. Well, it is not really a regret because as good as that offer was, who turns down Cambridge? But next to Budapest, Barcelona is my favorite city.

What would you miss most if you moved away from Hungary?
I have just moved back exactly because of what I was missing: my family. Everyone is here including my fiance who refused to move to the UK. I would come home every weekend, and the trip would actually take less than five hours door-to-door. But how can you have a normal life if you get on a plane at 6am every Monday? I would bump into friends working in academia all the time doing the same thing. It was actually at the airport that I learnt about the job going at CEU, from a friend of mine working at ESSEC in Paris.

Friends are in Budapest for a weekend - what must they absolutely see and do?
I am sure your readers could give a much better answer to this. When I was going back and forth I would socialize most weekends, but most of my friends have kids by now so we would just meet at someone’s house. We still do the same but funnily enough we meet less than before – now that I am back no-one is that excited to see me. We do go to special events, however, we all like a good food or wine festival, and we are going to the Art Market this week. Budapest has some of the best offerings in Europe so I would say check the weekend listings.

What is your favourite place in Hungary?
Budapest and Lake Balaton. I am from Debrecen and remember being very excited by these places as a little kid. I would say my favorite place right now is the Party District. And all the more so because I remember those same streets from 20 years ago. It is mind boggling what they have done with the area.

What career other than yours would you love to pursue?
I haven’t paid much thought to this. When I was a kid I wanted to be a geologist and a DJ, and my brother a zoologist. I think we both have an autistic streak because we were very committed. At age 12 my brother started studying Swahili so he could go to university in Tanzania. Our bloodiest fight came when I ran out of blank cassettes, so I used his Swahili cassette to do a mixtape.

What’s a job you would definitely never want?
I don’t really like jobs where the work is laid out for you.
I like a job that gives you autonomy and control, and allows you to manage your own time. In a sense that is not good, because you will develop the tendency to be consumed by it. Academia is exactly like that – you are free to do what you want most of the time, but it is hard to set limits for yourself if you take it seriously.

Some people think academics have a relaxed life and suffer from gym teachers syndrome. This is not the case at all, you wouldn’t believe what a cut-throat business it can be, especially at the top level. Universities are ranked on the quality of their research output, with few journals that truly matter – no-one cares if you write a book, what matters is the journals that put your papers through an anonymous refereeing process. This is a massive source of stress, especially in a field like finance where it can take years to get from idea to publication, and whether you do get published will also depend on luck and a range of other factors beyond the quality of your work.

Apart from temptation what can't you resist?
I get sick to my stomach if I get cut off from the internet for five minutes.

Red wine or white?
That is a mean question.

Book or movie?
Movie – this is bad of me to say but I read enough as it is.

Which social issue do you feel most strongly about?
My brother and I were raised to be very aware of social injustice from the get-go. This is something ingrained in us by our mother, we happily argued with others over the situation of Roma by the time we were young teens. I remain strongly opposed to discrimination, be it against ethnic, gender or sexual minorities, the homeless or asylum seekers. I feel people do not realize the social, political and economic costs they pay themselves by discriminating against others.

At the Budapest Economic Forum I talked about the economic implications of the current refugee crisis, pointing out the consensus among economists that immigration is not a bad thing and can actually help native communities. I was very touched by my Belgian friends who flew in from Brussels just to go out and help asylum seekers at night.

Which achievement in your life are you most pleased about?
Maybe that I’m happy and I’ve had a good life? I have definitely had a lot of luck, it all could have gone much worse.

What would you say is your personal motto?
Keep things in perspective.