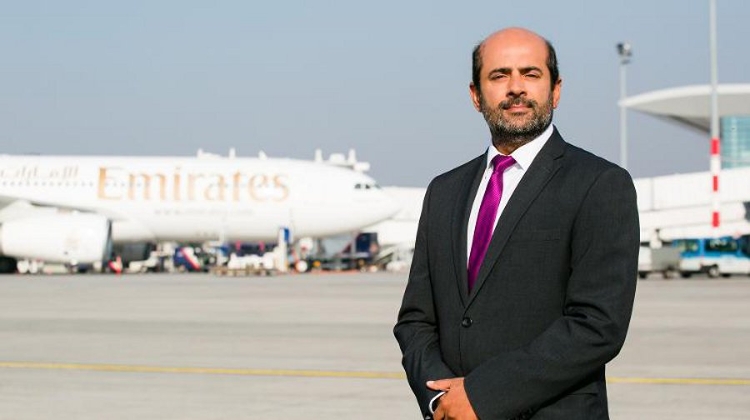 At work, we had been in crisis management mode for a few years after the demise of Malev but are now riding on the crest of a wave. My role also changed from Aviation Director to Chief Commercial Officer since September 2013. Luckily, I have a great diverse team who made the consolidation of 2 business units smooth and now we are in great shape.

On the home front, my kids are getting older with the eldest graduating high school this year and has already secured places at university from next year, whilst the youngest is looking forward to getting her sisters room when she leaves as it has better wifi reach! My wife and I also are able to travel more independently as the girls are now rather young adults in the making and not so keen on “family” holidays!

2. On a scale of 1 to 10 how happy are you with your life in Hungary, and why?
8 because having been here for almost 7 years, I am used to what is good and not so good so know what to expect, With that said, given the explosion in tourism numbers, I still get pleasantly surprised whenever I head in to the city and see new bars or restaurants and even attractions which means that Budapest is still more than expected. Besides, with more flights than ever before from the wonderful Budapest Airport, one can fly to many more places if needing to escape!

3. What’s the best party you’ve been to while in Hungary, and why?
Actually, a few years ago, we started to accompany our daughters and their friends to the sziget festival as they were too young to travel alone but we also got in to the festival scene and even though we no longer need to supervise, we pretty much attend Sziget for at least 4 or 5 evenings during the festival and for me, that is the best party in town by far!

4. What’s your favourite drink?
Whiskey instead of Palinka and wine instead of beer! Best cocktail is a caipirinha

5. What hidden talents do you have?
hm… not sure though I once got a hole in one in golf at St Andrews, where the sport was invented! That is a hidden secret as opposed to talent and I have not played for 7 years now anyway! Or maybe I am the fastest skier of Indian origin I know?

6. What was the most interesting travel trip you have ever taken?
We travelled to Israel in 2014 for a 4 day break and having read and heard so many different stories, to actually be there, in such a beautiful country with a richness of colour, diversity and incredible food, it was very interesting. We spent 2 days in Tel Aviv, 1 and a half in Jerusalem and a day trip from there to Bethlehem for another perspective. Whatever stories you may hear about, everyone should visit at some stage.

7. If you were given a wish that could come true, what would you ask for?
A system which provides a more equitable distribution of wealth because no-one should live in poverty or be hungry whilst others drive Ferrari’s and dine on lobster.

8. What’s the last book you read, and movie you watched?
Reading a book by a Hungarian author called Embers at the moment which was a secret santa gift from last Christmas and last movie was the not so great US comedy “sisters”.

9. If someone wrote a biography about you, what would the title be?
As an obituary it should be called: "He thought he was invincible” - because I do not believe anything is impossible and live each day like it’s my last

10. What is the perfect pizza toppings combination for you?
Easy, marinara (seafood mix) with some chili and garlic drizzle

11. If you could trade places with any other person for a week, real or fictional, with whom would it be?
jurgen klopp because as head coach of my favourite team Liverpool, I would really like to see how big the job is to return success to one of the greatest teams ever!

12. On a scale of 1 to 10 how unusual are you, and why?
6, maybe 7 because I am reasonably conventional but still like to learn or try new things and places

13. What’s the best website you’ve ever visited, and why?
Booking.com, airbnb and amazon because online is all they do and they do it well

14. Who do you admire the most, and why?
any philanthropist such as Bill gates or steve Zuckerberg because they get to a point of being incredibly successful and they have enough wealth, they just want to give back through their respective foundations and even though cynically some may regard these foundations as tax havens, the outcomes are still that they are making a difference to the world.

15. What do you like best and least about living in Hungary?
Public transportation is extremely efficient and punctual in our experience and the least is the lack of people taking initiatives. There are still way too many people wanting to take the safe route of only doing what is expected and nothing more.

16. What has made the biggest impact on your life so far, and why?
The ability to travel because it makes us step away from comfort zones, challenge ourselves or experience something different and as long as there are still places to visit, we will continue to grow as people

17. If you won USD 30 million, what would you do with the money?
Keep around 5 mio to distribute amongst my family and close friends to ensure they live comfortably and rid themselves of any debt and the rest I would happily donate to established charities or foundations around the world who make a difference in enhancing the quality of life such as providing clean water access, creating and developing sustainable food reserves, access to education or ability to participate in sports.

18. If your life had a theme song, what would it be?
It might seem crazy, what I’m about to say - Happy!

19. If you could live anywhere in the world, where would you choose?
During European winters, maybe in Indonesia or Australia as I do not like the cold too much!. During european summers, somewhere in Europe because almost everywhere in Europe is like visiting a museum and is rich in culture and diversity.

20. In ten years from now what will you be doing?
Ideally by then I will have run all 6 world marathon majors, I am halfway there at the moment! Unless I won the 30 million USD you mentioned, then working somewhere still, hopefully part time but with the a ability to be travelling around the world with my wife to take in some leisure time and have new experiences