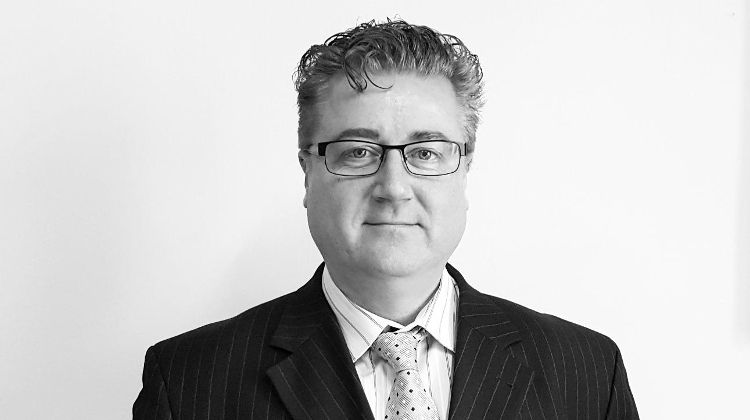 Update: Zoltán passed away on 16 January 2021 in Budapest, he was a victim of COVID-19 in Hungary.

Mr. Szemes was born in Hungary, his family moved to Montreal Canada in 1973 where he was educated.

The family moved again in 1987, this time to London England. During this time he worked for a company developing new technology based on tribology (the adherence of molecules using friction), acquired sales and management experience at Tower Records Piccadilly Circus and worked for a telesales company.

He returned to Budapest in 2003 and soon after started working with A1 Ingatlan developing their international customer investment department in the form A1 Real Estate.

Since 2005, when he founded Ganesha Global Kft , he has been running Capital Real Estate Budapest which caters to the international investor interested in capitalizing on the flourishing Budapest real estate market.

1. Where did you grow up?
I was born in Hungary but my family escaped communism in 1973 and moved to Montreal, Canada. That’s where I grew up and went to school. I love Montreal!

2. If you could be an expat anywhere in the world, where would you choose?
Probably Tahiti, lying on the beach with a cocktail.

3. What would you miss most if you moved away from Hungary?
Apart from my family and friends, the city in general.
I think it is one of the most, if not THE most beautiful city in the world.
I love driving along the Pest side embankment at night and looking at the beautifully illuminated Buda side.
The city has a great energy to it, beautiful architecture and one of the safest capitals in the world.

4. Friends are in Budapest for a weekend - what must they absolutely see and do?
The baths without a question, I prefer the Széchenyi Gyógyfürdő.

5. What is your favourite food?
That is very difficult, so it will have to be one in each of the three cities that I have lived in: Montreal: Kojax Burger with garlic and mild sauce (the difference is that they use a combination of giros pork/ beef meat instead of a beef patty)
London: Singapore Style Noodles from a Vietnamese/ Chinese restaurant in Bermondsey (London, U.K.) called Thames take-away.
Budapest: my mother’s Hungarian stuffed peppers.

6. What is your favourite sport / form of exercise?
Ice Hockey, that is the Canadian in me speaking.

7. What is your favourite place in Hungary?
The Flippermúzeum - Budapest Pinball Museum on Radnoti utca 19 XIII district. It is lovingly and professionally run by a fantastic person called Balázs Pálfi. It has machines from the first part of the 1900’s up to the newest ones, more than 110 to choose from. Great for children of all ages.

8. What career other than yours would you love to pursue?
I used to be a musician, we toured around Europe, and we played at the Sziget Festival every year from 1993 to 2006.
So perhaps going back to that or acting. Being a thespian would be an interesting experience.

9. What’s a job you would definitely never want?
I think that being a hospital nurse is one of the toughest and most underrated jobs there is. I simply do not think that I would have the mental strength.

10. Where did you spend your last vacation?
In Sicily.

11. Where do you hope to spend your next one?
It is Reykjavik, I am on the first direct flight from Budapest.

12. What was your favourite band, film, or hobby as a teen?
The Cult, Blade Runner, Pinball and they still are!

13. Apart of temptation what can’t you resist?
Sleep, I need my 8 hours or cider.

15. Book or movie?
The book is always better than the movie, but I just love the way you can get lost in a well written, acted and directed film.
2 hours of bliss.

17. Which social issue do you feel most strongly about?
Child hunger, I don’t think that any child should go hungry. You also shouldn’t have children go to school on an empty stomach. Unfortunately it still happens in many “civilized” countries including Hungary. I believe that education is the corner stone of any civilization and you can’t learn if you cannot concentrate because you are hungry. Better educated people are healthier, meaning less medical expenses and make more money which helps the economy grow.

19. Which achievement in your life are you most pleased about?
My song writing, the ability to convey a thought/ feeling in musical form is magical.
So it would be my songs, you can listen to The Skinny Bohemians on iTunes and Spotify.