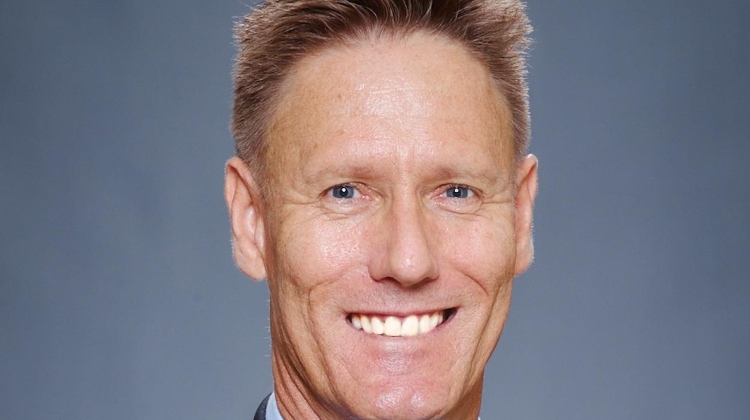 Richard Dyer joined The British International School, Budapest as Principal in 2015. Before moving to Hungary he started as a mathematics teacher in London, then headed overseas in 1986.

He held leadership positions in five different British international schools in Hong Kong, Malaysia and Vietnam over a period of 30 years.

He has a particular interest in school self-evaluation processes and assessment and has taught serving Principals on Masters programmes for British, Australian and Hong Kong universities.

He is a Team Inspector for the Independent Schools Inspectorate, a Fellow Member of the College of Teachers and a qualified scuba instructor.

He is very happily married, with three wonderful sons, two of whom now live in England.

1. When did you arrive in Hungary and what brought you here?
I arrived in August 2015 to take up my position as Principal of The British International School, Budapest.

2. Have you ever been an expatriate elsewhere?
Yes, I’ve been an expatriate more than half my life, mostly in South East Asia. I left England thirty years ago and I lived and worked in Hong Kong, Kuala Lumpur and Ho Chi Minh City before coming to Budapest.

3. What surprised you most about Hungary?
It’s difficult to pick one thing, as it’s been a year of pleasant surprises. The cosmopolitan feel of Budapest and the exuberance of the people, the colours of Autumn and the flowers of Spring have to be near the top of the list.

4. Friends are in Budapest for a weekend - what must they absolutely see and do?
In summer, a walk along the Danube and, in winter, a tour around the Christmas markets followed by ice skating at Városliget.

5. What is your favourite Hungarian food?
Halászlé with plenty of paprika.

6. What is never missing from your refrigerator?
Good, hot haragos pista. I do like spicy food.

7. What is your favourite Hungarian word?
Sültkrumpli. It just sounds good!

8. What do you miss the most from home?
I definitely miss the heat, the chaos and the intensity of SE Asia. It’s not where I was born, but I do feel most at home there.

9. What career other than yours would you love to pursue?
I quite like the idea of being a scuba guide, preferably in the Philippines.

10. What's a job you would definitely never want?
A difficult question. I’ve done a variety of things as well as teaching, including a couple of months gutting fjord trout in Norway. I definitely couldn’t do anything that involved being high up on the outside of buildings.

11. Where did you spend your last vacation?
In Spain, on the coast near Girona, in a little place called Pals.

12. Where do you hope to spend your next one?
I’d really love to explore east Africa, but that will probably have to wait until I have more time. My next holiday will probably be in Hungary. There’s so much to see and do right here.

13. What was your favourite band, film, or hobby as a teen?
David Bowie was the enduring favourite from the 1970s and I loved taking apart and reassembling my old BSA and Triumph motorbikes before riding them through the English countryside.

14. Apart of temptation what can't you resist?
Thai food.

15. Red wine or white?
Either, at the right time. I prefer reds and I enjoy exploring Hungarian wines, of course.

18. Which social issue do you feel most strongly about?
Racism, in all its forms.

19. Buda side or Pest side?
Buda for the hills, Pest for the squares and restaurants.

20. What would you say is your personal motto?
Commitment and honesty, above all.