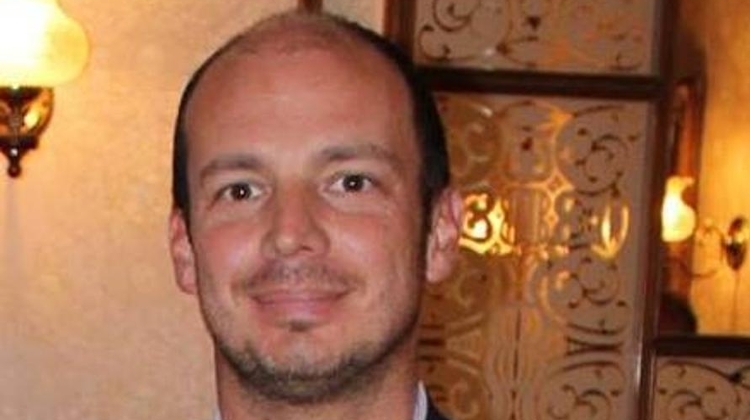 Gergő Galla is a natural born hotelier. When he was a kid both his mother and father was working in hotels and since than he always wanted to work for hotel and his target was to become GM of a nice Hotel. In the past more than 15 years Gergő was working in different size and different quality hotels and he always did his job with passion and loyalty. He gained experiences both in Hungary and abroad but never really wanted to work outside of Budapest as he enjoy all aspects of Budapest very much.

He became the General Manager of Hotel President Budapest a year ago when the Hotel changed owner and joined to Mozart Hotel Group, a young and dynamic hotel chain.

1. Where did you grow up?
In Budapest, I grew up in downtown Pest, when I reached thirty years old I moved to Buda, and now I could only live on this side of the river

2. If you could be an expat anywhere in the world, where would you choose?
The USA, or maybe the Middle East

3. What would you miss most if you moved away from Hungary?
Friends, family and the outstanding lifestyle Budapest provides.

4. Friends are in Budapest for a weekend - what must they absolutely see and do?
A Danube River tour is a must, even if it sounds touristy. The night life is well worth experiencing whatever the age of the guest. I prefer around Basilica area, and the Gellért Square area in Buda is improving. Around the Bálna is also a nice spot as the views from there are different yet still amazing. As for food, a friend of mine, a Canadian chef runs a ’flat-restaurant’ called Zoltán 18 which is highly recommended, and I would also take them to Borkonyha for fine dining, along with street food at the Hold Street market.

5. What is your favourite food?
To be honest, every month I have a different favourite, ranging from fine dining dishes to burgers at places I know outside the city.

6. What is your favourite sport / form of exercise?
I am a runner, and regularly do marathons, I did one last year in Berlin and I am doing it again at the and of September this year.

7. What is your favourite place in Hungary?
Balaton, specifically around the lovely wine area of Badacsony.

8. What career other than yours would you love to pursue?
I never thought about doing anything else for my entire life. My parents also work in hospitality business you see.

9. What’s a job you would definitely never want?
An artist, as I wouldn’t be very good ;)

10. Where did you spend your last vacation?
Just a short one by Lake Balaton.

11. Where do you hope to spend your next one?
In the U.S. in November, it is already arranged.

12. What was your favourite band, film, or hobby as a teen?
I as never a big music fan, and always listening to what others suggested, I did like Guns’n Roses.
Movie: Casino, with Al Pacino and Robert De Niro, has an impact on me.
Hobby: I liked cars, and in my first twenty years I skied a lot, and still do but less frequently.

13. Apart of temptation what can't you resist?
Fine wine, and chocolate.

14. Red wine or white?
White – I like trying out wines from smaller wineries. I like Laposa and just discovered Bencze winery last summer. I also like Liszkay’s red, which is unusual as Balaton is primerily a white wine region but he makes good reds as well.”

15. Book or movie?
I wish I had time to read, now I mostly watch films.

16. Morning person or night person?
Night, for sure.

17. Which social issue do you feel most strongly about?
I support associations which help animals (especially dogs)

18. Buda or Pest side?
I cross the bridge to work and go out in Pest, and love living in Buda.

19. Which achievement in your life are you most pleased about?
There are two, running a marathon in under 4 hours, and when I was 16 and decided to become a hotel GM before I reached 40, and I did it.

20. What would you say is your personal motto?
Do your best – it’s not just saying, I always do my best.