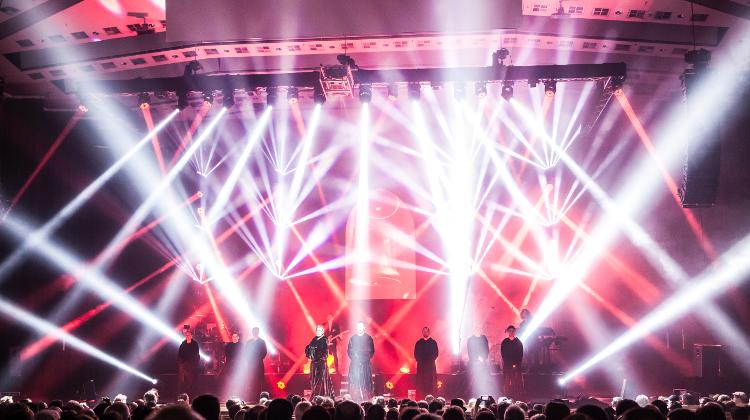 Frank Peterson, upon visiting the Escorial Royal Monastery, was walking in the medieval corridors listening to rock music on his Walkman. The monks religious chanting combined with the music on his earphones and inspired him to create a unique experiment: to mix the Gregorian chants with rock melodies.

The first result of this experiment to was the world famous Enigma, which came to life in 1990, in which Frank Peterson is listed as one of the founders under the pseudonym F. Gregorian. The first Enigma album sold more than 16 million copies. In the following years it gained more and more international recognition and success with more than 200 songs appearing over 10 albums and 6 DVDs.

They have sold more than 5.5 million albums. They have earned Gold and Platinum status in more than 16 countries worldwide, which is a very impressive achievement in the music industry.

Time to time Frank Peterson retreats to his studio and immerses himself in his vast collection of music to find the best songs and melodies for his next Gregorian creations.

Frank's musical taste is exceedingly diverse, ranging from classical music to rock, and this is exceptionally reflected in his concerts. He always chooses songs that match the Gregorian style and strives to appeal to an ever-growing audience. The spectators can expect to enjoy a fusion of musical styles ranging from Depeche Mode to Pink Floyd to Metallica and some heavy metal, all combined with the traditional chants alongside other typical Gregorian features.


1. The start of your career goes back to 1991. Since then you have an ongoing success. How do you feel about this?
The success came with the release of Masters Of Chant - Chapter 1 in 1999. There are worse things as having success

2. When I am listening and watching you, not only the music and your voice can be heard but also your hearts. Do you know about this?
Touching the hearts is something great. We love the connection with our audience and fans.

3. What is the secret of your success do you think?
It is the high quality of the songs, the singing, the production of the show and spirit. Behind everything is our mastermind Frank Peterson.

4. What does music mean to you?
We love music and we love to being of stage and to perform. It is just great when everything is coming together. The music by our fantastic band, our signing and the the atmosphere with the lights, the pyro and the fire.

5. Do you have favourite songs? Which ones are they?
We have recorder over 160 songs. „Moments Of Peace“ is for sure a great highlight followed by „Hells Bells“ and „Engel“ by Rammstein.

6. Do you have role models / icons?
Not really. We like good singers and outstanding performers.

7. It is not the first time you are visiting Hungary. What is the Hungarian audience like?
The Hungarian people love music and good singers. Therefor we hope to be in good vocal shape. We think that the songs of our set will fit perfect for Budapest. It is a 2,5 hour spectacle.

8. You have a vast number of fans. Men or women are in majority?
Women, for sure.

9. How do you prepare yourself for the concert in Budapest?
We had one week of rehearsals in Germany. The Tour started on January 13, 2017. After 14 shows it should be all perfect until we come to Budapest

10. What message do you want to send to the Hungarian audience?
Come to the Kongresszusi Központ on February 5, 2017 and enjoy the 2,5 hour Gregorian spectacle.