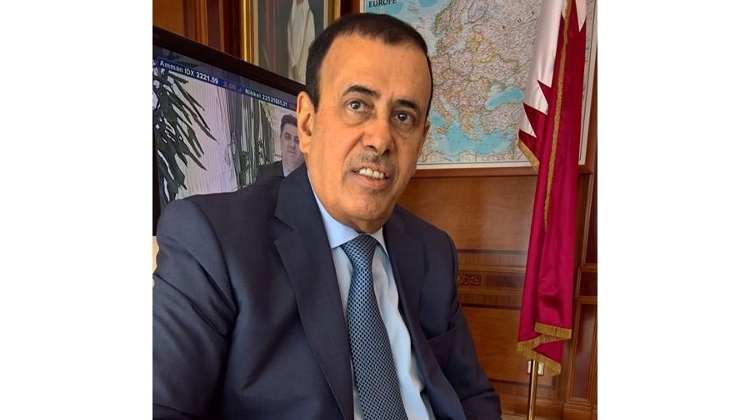 1. When did you arrive in Hungary and what brought you here?
On the 15th of January 2017, with my wife, our kids are in school in the States.

2. Have you ever been an expatriate elsewhere?
Yes, in Spain for two years in Madrid, Yemen for one year and from there I went to Egypt and spent 11 years in Cairo.

3. What surprised you most about Hungary?
The respect from Hungarian people toward foreigners and guests, and the tranquility and beauty of the nature here.

4. Friends are in Budapest for a weekend - what must they absolutely see and do?
First of all I’d invite them to take a tour in the city, including many museums and walking along Váci Street.

5. What is your favourite Hungarian food?
Goulash soup and fish soup – I like them both spicy style.

6. What is never missing from your refrigerator?
Local fruits and vegetables, they are very good here.

7. What is your favourite Hungarian word?
I like the way Hungarians speak as I feel the music in their words. Key words I like include Igen, nem and köszönöm!

8. What do you miss the most from home?
My family and friends.

9. What career other than yours would you love to pursue?
Again and again a diplomatic career.

10. What's a job you would definitely never want?
Anything in the military.

11. Where did you spend your last vacation?
In February this year I went to Qatar, then to Phuket in Thailand, and also spent some time in the USA, in Houston.

12. Where do you hope to spend your next one?
This summer time, traveling around the European continent.

13. What was your favourite band, film, or hobby as a teen?
I loved going to the cinema but didn’t have a favourite film, also I listen to Arabic music daily. As a hobby I went to the fitness club and enjoyed the spa.

14. Apart of temptation what can't you resist?
Sweets, and meat.

15. What is your favourite drink?
Water

16. Book or movie?
Books. At the moment I am reading ‘Fire and Fury: Inside the Trump White House’ by Michael Wolff.

17. Morning person or night person?
Both!

18. Which social issue do you feel most strongly about?
The suffering of the poor and the needy, and also children affected by debilitating diseases.

19. Buda side or Pest side?
Buda for work and my residence, Pest for restaurants, strolling and shopping.

20. What would you say is your personal motto?
Be patient, and wise, in the face of difficult situations.