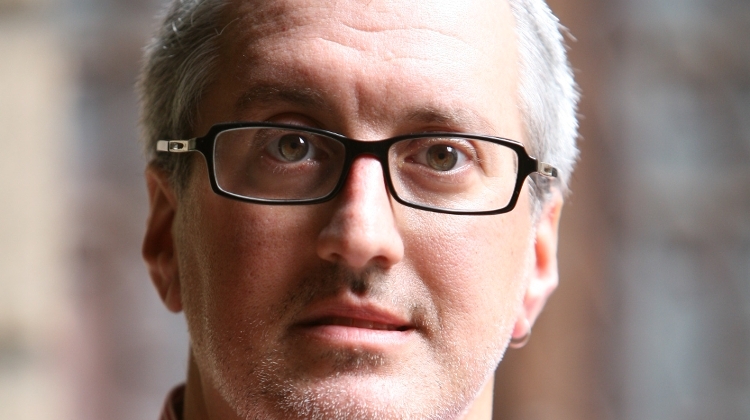 What’s been happening at work and at home since your most recent Xpat Interview?

The Hungarian Government downsized the national park staff across all 10 national parks by over 50%. After 6 years at Aggtelek National Park, I was one of the first to get the axe.

Luckily I landed on my feet, and am currently Regional Communications Manager for WWF - Central and Eastern Europe. After 28 years and 7 months in Hungary, I finally received my Hungarian citizenship on March 8.

If you could change one thing about Hungary, what would it be?
My opinion about this has not changed in 30 years. My friend Michael Kentish wrote a song called “Lobsters” which describes the Hungarian national sport of pulling anyone down that looks to be getting ahead or even slightly successful.

I have not encountered it in Europe, but in the US one can buy live lobsters from a tank in supermarkets. If one watches, every once in a while a lobster makes a break for it. With its claws on the edge of the tank, what do its fellow lobsters do? Pull it back in. I would like to see that change in Hungary.

I would like the xenophobia and racism to change as well. Hungarians have so easily forgotten that they were accepted as refugees by countries around the world in the many thousands, in many cases without papers, both before and during WWII, and again in 1956.

Furthermore, they seem to have forgotten that many of their “Hungarian” heroes were not Hungarian born - such as Bem Jozsef and many of the “martyrs of Arad”…

Lastly, I would like politics to become civil again.  Lost are the times when we could talk casually about politics over a beer without losing friendships over it. Hungarian society, and in particular politics, is extremely polarised now.

Who inspires your life most these days?
Greta Thunberg. I have been an environmental activist for almost 40 years. I sometimes feel that what this young woman has accomplished in a few months is more than I have been able to achieve in a lifetime.

She has done for the environmental movement what Martin Luther King did for civil rights. She has engaged, motivated, empowered and set in motion a global momentum for ourselves, our posterity and the planet.

I would very much like to see her complement this energy she and her fellow school strikers have gathered at the political level with actions at the personal level as well. By this, I mean that she has activated thousands, and reached millions. If only a fraction, say 10% of these people can be motivated to take an extra step – install a 2 dollar water aerator on a tap (saves 50% of water consumption) or change a lightbulb to LED, just think of the immediate positive environmental impact that could be achieved!

Politicians could dilly-dally for another year or another decade – meanwhile, we could take immediate action without waiting around for them. Alexandria Ocasio-Cortez is not far behind with her Green New Deal.

What does your typical day/week look like currently?
Gardening or mushrooming from 6-8 AM to avoid the mosquitos and horseflies. Office work for the rest of the day, perhaps broken up by a bike ride, swim in the lake, and/or ice cream, and some Fair Trade organic coffee.

What are some of your biggest challenges these days?
Coming to grips with the overwhelming amount of information and challenges associated with the new job. I am at the regional office, so that means coordinating people and content in Hungary, Slovakia, Ukraine, Romania and Bulgaria, as well as internationally.

Therefore I have a huge range of issues on my plate: sturgeon conservation in the Danube, Bison re-wilding in Romania, large carnivore co-existence, preserving the sanctity of the EU Water Framework Directive, illegal logging, protection of virgin and old growth forests, wildlife crime, Earth Hour…

The abrupt change of tempo has been a kick in the head, but in a good way. But like anything you do that you really believe in, it is a challenge not to dive in with both feet and disregard everything else – family, friends, exercise, eating…So, finding that balance.

What’s your favourite bar, restaurant and music venue in Hungary?
It used to be Treehugger Dan’s, but I have been living in the countryside in a 100 year-old peasant house for almost 7 years now so I really don’t know.

Please share a guilty pleasure of yours…
Occasionally, very occasionally, there is a bottle of champagne laying around that someone has left behind. Sometimes we sit outside in the sunny garden with a bag of wasabi or lime & chili chips and have the champagne and chips for lunch.

Unicum or Pálinka?
I am a fan of both. In fact, I have made both. Yes, you can make Unicum at home, but you need access to a wide range of herbs. But, I really prefer a dry, full-bodied Hungarian red wine – accompanied by very mature, hard goat cheese and black olives.

What is your best personal achievement while living here?
Treehugger Dan’s Bookstore Café, helping to organise Red Mud Aid in 2010 in aid of the victims of the red mud disaster in Hungary, playing Santa Claus at a number of international schools in Budapest, learning to Hungarian folkdance.