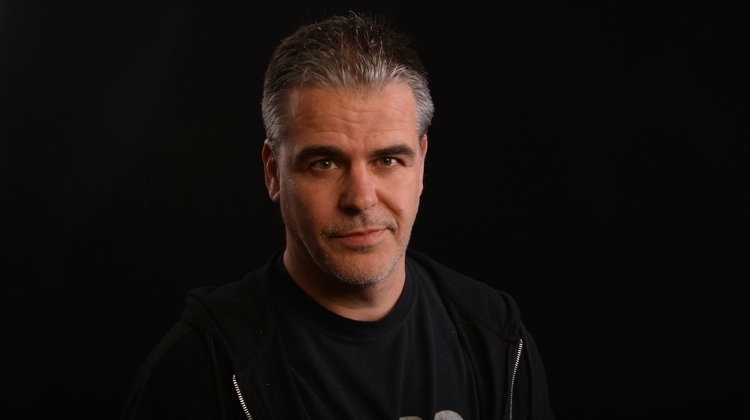 He has worked for several well-known magazines in Hungary, translated thirteen of Charles Bukowski’s books (so far) and a great number of rock biographies and autobiographies, including works on or by the Red Hot Chili Peppers, Duff McKagan, Jimi Hendrix, Metallica, Steven Tyler and Bruce Dickinson of Iron Maiden.

He is also the co-author of Gastrock, a unique rock ‘n’ roll cookbook that he wrote with Anita Fábián (available both in English and in Hungarian), and the co-author of ABC 0-24 – Nonstop Rock ‘n’ Roll Interviews, which is a selection of the best interviews he did in the past 20 years with world famous bands and musicians. (It was co-written and published by his music journalist colleague and friend, Ákos Dudich.)

Besides working for magazines and an online radio station, Open Air Radio, he is currently working on translating Acid for the Children, the autobiography of Red Hot Chili Peppers’ bassist, Flea, and a beast of a book called Original Gangstas: The Untold Story of Dr. Dre, Eazy-E, Ice Cube, Tupac Shakur, and the Birth of West Coast Rap.

1. Where did you grow up?
I grew up in Budapest, both in Buda and in Pest, which is kind of schizophrenic. I’m a Buda boy and a Pest guy.

2. If you could be an expat anywhere in the world, where would you choose?
I once took my grandma to Hawaii when she was 84 years old. We loved it there. I wouldn’t mind living there.

3. What would you miss most if you moved away from Hungary?
Well, besides my family and friends, the food and the view of the city from the bridges. You can never get tired of that.

4. Friends are in Budapest for a weekend - what must they absolutely see and do?
Go up to the Citadel in Buda, open a good Hungarian bottle of wine, take the view in. Then some traditional Hungarian food in the city, drinks on the roof of 360 Bar in Andrássy street, then a concert on the Danube at A38 boat then after party at a great bar in Széll Kálmán tér called Nemdebár. The next day do it all over again starting from the Buda Castle.

5. What is your favourite food?
My grandma’s fried chicken with mashed potatoes and cucumber salad.

6. What is your favourite sport / form of exercise?
I used to play football, handball, then did yoga and kickboxing for 10 years. These days I just ride my bike, walk, occasionally swim and dream about taking up kickboxing again.

7. What is your favourite place in Hungary?
Besides Budapest, the Northern part of Lake Balaton. It’s like walking through my childhood every time I go there.

8. What career other than yours would you love to pursue?
Having a sunbed rental place in Hawaii.

9. What’s a job you would definitely never want?
Having a sunbed rental place in Siberia. Or work as a ticket inspector for the Budapest Public Transport Co.

10. Where did you spend your last vacation?
In Malta. It’s a charming place.

11. Where do you hope to spend your next one?
Florida, with my girlfriend. She used to live there and I’ve been there a few times and it is a unique and entrancing place. I’d love to have a diaquiri with her at one of Hemingway’s hangouts after that long, magnificent drive from Miami to Key West on U.S. 1.

12. What was your favourite band, film, or hobby as a teen?
Band: the Red Hot Chili Peppers. Film: Down by Law directed by Jim Jarmusch. Hobby: going to concerts. I still love all of those things so I guess I’m still a teen.

13. Apart of temptation what can't you resist?
Well, they’re all illegal so I’d better not say.

15. Book or movie?
Could anyone choose? A movie and then a book.

16. Morning person or night person?
I’m writing this interview at 2 o’clock in the morning. What does that make me then?

17. Which social issue do you feel most strongly about?
Climate change. Leaders of the world and people in general should get real (just to be polite), and start taking the necessary steps before it’s too late. Let’s not let greed kill off the entire human race and our beautiful planet.

19. Which achievement in your life are you most pleased about?
Taking my grandmother to Hawaii while I still had a chance. She had dreamt about going there since she was a child. And that was in the 1920s! When I found out on the island of Oahu in a little, beautiful village called Waimanalo that she had wished to see Hawaii since she was 6 or 7, I cried my heart out.

20. What would you say is your personal motto?
I translate Charles Bukowski’s books into Hungarian, and I can easily relate to his famous motto: ’Don’t try.’ Don’t try – do it.