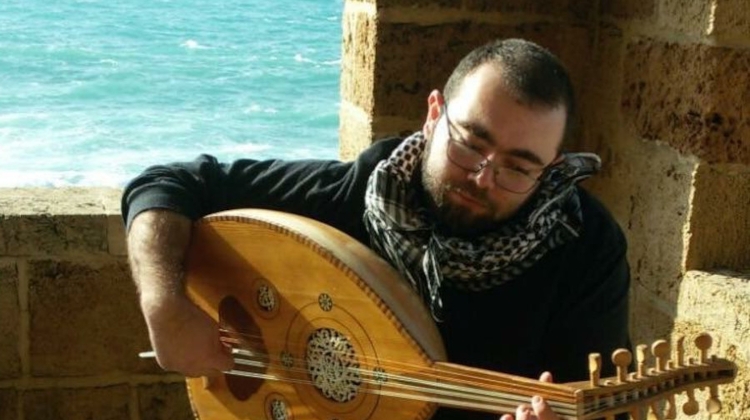 Omar spent some time in academia, his studies ranging from literature to medieval history to linguistics, and is currently in the final stages of completing his PhD thesis, after which he plans to return full-time to his father's cheese business that has taken root in Hungary and spread around the world.

1. When did you arrive in Hungary and what brought you here?
I was four and a half years old when I moved here from Lebanon, my father was already living in Hungary, working to set up this company.

2. Have you ever been an expatriate elsewhere?
I studied in UK from 2008 for a total for 7 years. I did an undergrad, then two Masters, and a PHD which I in the process of completing remotely from Hungary. I studied English Language and Literature for my undergraduate. My first Master was in Medieval & Renaissance studies, and my second was in the Evolution of Language and Cognition. My PHD concerns Linguistics, so nothing to do with business.

3. What surprised you most about Hungary after you came back from the UK?
I came back here from Uni in 2014, and it struck me how Hungary really grew and became more open to the outside world. Many more things were available, it was interesting to see the transformation.

4. Friends are in Budapest for a weekend - what must they absolutely see and do?
We’ve developed a routine for this, because we get a lot of people visiting us. We take them to a traditional Hungarian restaurant, at Budafok, the Borkatakomba. This is an old wine catacomb converted to a restaurant, with local food, folk music and dancing, and it gives a really good taste of Hungary. We also do more touristy things, like visiting the Buda Castle, the Parliament, and we walk along the Danube.

5. What is your favourite Hungarian food?
I love all the ‘rántott’ stuff, and am a big fan of rántott csirke (breaded chicken), it’s one of my favourites.

6. What is never missing from your refrigerator?
A few things are distinctively Hungarian, like Erős Pista and Túró Rudi.  Lebanese things are quite difficult to find in Hungary, we get some stuff from a Turkish shop, but have to bring back most traditional things with us from our travels to Lebanon.

7. What is your favourite Hungarian word?
I am a fan of long words, ones that fit together in interesting ways, like megkelkáposztásíthatatlanságotokért…

8. What do you miss most from Lebanon?
Actually, the hustle and bustle of Tripoli, the second biggest city in Lebanon. The sounds of the people outside on the streets and the noise of traffic all combined cannot be recreated in Europe at all.

9. What career other than yours would you love to pursue?
I have got a lot of interests outside the business, like creative writing for example, I have a real passion for it.

10. What's a job you would definitely never want?
Plenty! It all has to do with passion. For example, a standard office job. Therefore, it’s maybe ironic that I find myself working in this business, but actually it is very different from other business, since it has much soul and good character. So while it would not have been something I would otherwise be interested in pursuing, I really enjoy my job here.

11. Where did you spend your last vacation?
The recent nine months in Hungary is the longest period I have spent in one place. Usually I travel at least once every second month, for business, for my studies, for family reasons, and so on. The last place I travelled to was Lebanon in December. An actual ‘proper holiday’ was a weekend break last summer in Venice.

12. Where do you hope to spend your next holiday?
Lebanon. We usually go back three of four times per year. Right now there is nowhere else I would go next.

13. Apart of temptation what can't you resist?
Cheese! I do love cheese, and this fact is unrelated to the company, since all cheese works for me.

14. What was your favourite band, film, or hobby as a teen?
Music: Heavy metal in general. System of a Down was my introduction to the genre, and I still listen to them to this day.
Film: Lord of the Rings, which intertwines with my interest in medieval literature.
Hobby: The most unusual ones include traditional archery, which I picked up in Durham, and I learned swordsmanship in Edinburgh, where I was part of a historical society – they teach longsword fighting straight from medieval manuals, the historical way.

16. Book or movie?
Book, currently I have six or seven books open.

18. Which social issue do you feel most strongly about?
As a Muslim living in the West, I would say it’s racism.

20. What would you say is your personal motto?
Eadem mutata resurgo: "I rise again changed but the same" - it is the motto of my college at Durham, and it really resonates with me.