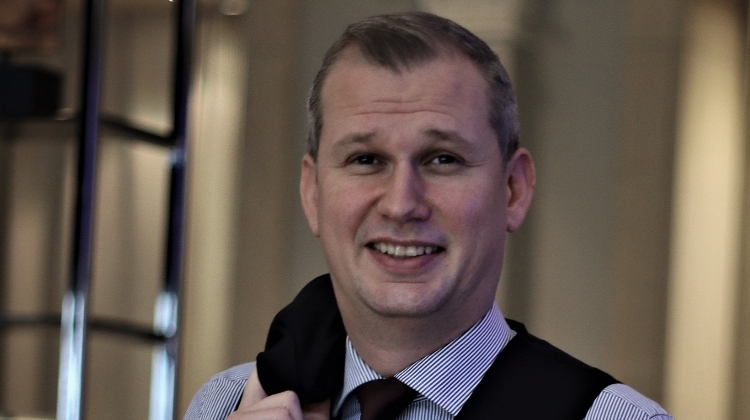 Thomas brings a wealth of luxury hospitality industry experience to his position at GM in Hungary, joining The Ritz-Carlton Budapest team after 3 years as General Manager of the St. Regis Moscow Nikolskaya in Russia.

An M.B.A graduate in Hospitality Management with Cornell University and ESSEC Business School, he began his career in hospitality with a culinary arts apprenticeship based in Paris, as well as working in various fine dining venues throughout Europe - some of which with Michelin-awarded chefs, as well as Maître Ds.

Thomas then moved to the United States where he then joined the legendary founding St. Regis New York in 2005 for three years where he became Front Office Manager.

Afterwards he joined the Sheraton Grand headquarter hotel in Sydney, Australia, where he took over the Rooms Division and later ensured the smooth running of the  557 room property as Executive Assistant Manager over the course of the three years there.

In his free time Thomas loves to ride his vintage motorcycle, and to play jazz alto saxophone, but not at the same time ;)

1. When did you arrive in Hungary and what brought you here?
Late this August, this position became available since my predecessor decided to go back home to Spain after his successful tenure. The owner of the hotel was kind enough to consider me.

From the start I was very excited to be in such a great location, a great European capital, and part of such a reputable brand and property Many others expressed their interest in this position, so I feel very grateful and fortunate I got it.

2. Have you lived as an expat before?
I have  20 house-moves in 15 different countries so far on the meter. I was born in Tokyo and raised in Asia-Pacific and Canada so I spent all my life as an expatriate and love it!

3. What surprised you most about Hungary?
I was in Budapest in 1996, and what struck me this time is how beautifully it has been renovated since then. How really pretty, and fresh it became. The infrastructure is so good, my wife is German and we often feel that we are living in Germany from this point of view, when we were actually expecting more of an ‘Eastern European feeling’.

4. Friends are in Budapest for a weekend - what must they absolutely see and do?
I have not been around too much yet due to work, but my father in law visited and we took him to Ferenc Liszt’s house since he is a great fan of classical music. Etyek is nice for a short day trip, and a walk in the Buda Hills is amazing. Also, walking along the Danube is a really nice way to discover the city.

5. What is your favourite Hungarian food?
My favourite so far is zöld borsó főzelék (green pea pottage), with a poached egg on the top. The quality of the goose liver was a nice surprise as well. Also I must say the wines here are mind blowing.

6. What is never missing from your refrigerator?
We have been staying in the hotel until recently, and just moved to our house, so my wife and I are still discovering and working on filling up the fridge as we speak. I’ve met a German gentleman who raises Mangalica pigs here and makes his own non smoked ham which is amazing and I’ll make sure I have plenty of this in my fridge.

7. What is your favourite Hungarian word?
Nagyon finom! The food scene here is very extensive, with the variety and quality at a high level. I went to Costes Downtown, Caviar & Bull, Salt amongst others to try their lunch or dinner menus and I was very positively impressed. Teprices was very reasonable to with the current promotions.

Our own Ipanema restaurant at The Ritz-Carlton is still such a pleasant place even after eating there all the time. Besides upscale dining, I can get my Asian street food and noodle favorites here as well, as there is a great little place just around the corner from the hotel. I tried Lebanese food here in Hungary, and that was also great. Plus I attended a Hungarian food festival in Budapest during the summer, so I’m having a lot of fun here with food.

8. What do you miss most from home?
It has to be food – given that I am from France, things like unpasteurized cheese, “saucisson”, cuisine from lyon and the choice of oysters you just can’t get here 😊

9. What career other than yours would you love to pursue?
I’d love to be a musician. I could have been a jazz man, playing saxophone or the piano.  I love classical music too, so I could be a cellist, or even a conductor. Being a rock star wouldn’t be bad either but not too famous though as it must be exhausting. More like in a moderate second grade Indie band doing festivals opening for bigger names.

11. Where did you spend your last vacation?
I was in Brittany in France on a small island with no cars, where they raise oysters. I went to the market each day by bike to get a dozen oysters for 5 Euros a dozen. Paradise! You can also go sailing there, it’s a kind of seamen’s destination. The cider there is also excellent.

12. Where do you hope to spend your next holiday?
I want to go to Croatia, but due to Covid will go for a weekend at Balaton first.

14. What was your favourite band, film, or hobby as a teen?
Music is practically a religion for me. Growing up I was very lucky to witness the birth of electronic music, and the birth of Britpop and Grunge. Radio Head was a big favourite, and so was Nirvana. Aphex Twin is an intelligent dance music pioneer that I worship. Plus there is jazz, with Charlie Parker, Mingus orColtrane.

Film: I like sci-fi, so Blade Runner. I loved everything by Wes Anderson, David Lynch or Paul Thomas Anderson, Magnolia with Seymour Hoffman, Julian Moore and Tom Cruise was great. Tarantino movies also deserve mentioning, especially Pulp Fiction. I was a fan of Krzysztof Kieślowski the Polish film director, and I liked many old Eastern European movies.

Hobby: playing the guitar. I had a rock band. But switched to jazz in my twenties, and have played saxophone for the last 20 years.

15. Red wine or white?
Drank mostly red as I was younger but now I tend to prefer white. Here I found a great 2012 Szent Tamás white recommended by the Pomo D’Oro Sommelier.

16. Book or movie?
Both. It’s like choosing between your father and mother.

18. Which social issue do you feel most strongly about?
The environment is a key social issue which I find impossible to solve at an individual or community level and it drives me crazy. The solution has to be at a global governmental level. That often keeps me awake at night to think how little is left to save now.

19. Buda or Pest side?
I live in Buda now, and work in Pest. I know usually a lot is going on in Pest in terms of culture, and Buda is lovely for a family lifestyle with more nature space. The variety in this city is amazing.

20. What would you say is your personal motto?
“Le style avant tout!” I mean that more in a “zen” way where form and attention to detail is essential and prevails on meaning in order to achieve beauty. Especially relevant in my line of work …