Vanda Mélykuti-Budai, Owner Of 'No Paint No Gain Studio' 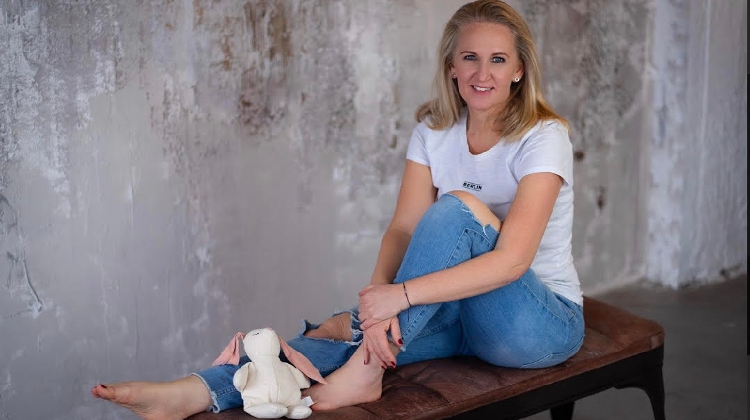 I was born and raised in Budapest. I’ve always enjoyed learning languages and this is why I went to a Russian-Hungarian bilingual High School, which was quite a shock for my friends and family.

At 18 I went to the United States to learn English as an exchange student in Iowa. After completing this program, I was offered an art scholarship but I declined due to not wanting to stay in the US.

Because of my high command of the English language, I got my first job back in the 90's working as an assistant to the Marketing Director at Kraft Jacobs Suchard. This is where my international career began. I went on to work for a few other „big” companies such as Coca-Cola, MEXX and G-Star. I also received my degree in Economics while working.

I had my first child in 2005 and my second in 2007. Because of my husband’s job, we moved to Germany in 2008. I desperately wanted to work, but it seemed that my international career did not melt German hearts.

In 2012 I finally found a job in Stuttgart as a Financial Manager for the Hungarian Cultural Center. By the end of that year I was offered the Financial Director position at Collegium Hungaricum in Berlin. We had 4 weeks to pack up our life and move 500 km away.

Finding a house, school and kindergarten for our children was quite a challenge but we hit the jackpot and ended up in one of the most peaceful, green and family oriented areas of Berlin. We loved living there for almost 4 years, but in 2016 we made the decision to move back to Hungary, since our kids hadn’t really lived in their home country before.

First I started working as a Financial Coordinator for the Hungarian Red Cross, and then as a Sales Manager for a small Hungarian company called Toman Diet.

Somehow in 2019 I had the feeling that I would love to do something on my own. To create something where I can finally find the balance in my life among the many tasks that each and every woman has: family, career, household chores, friends, playing sports and somehow managing to make time for myself as well.

This is when I decided to set up my little art studio, where I organise painting workshops. I started painting when I was in my twenties, but never really considered pursuing it into something bigger. I started painting again while we were living in Berlin. It was my anti-stress activity.

At this time I simply played with colors and acrylic paints. I created an easy technique, but the outcome was quite unique and spectacular. Many friends who visited us and saw my paintings on the wall mentioned how much they like them.

In June last year, when we could slowly come out of the first lockdown, a friend of mine kind of forced me to show her how I do these paintings. So we painted together, and she said she had such a great, peaceful and relaxing time. She then suggested that I set up workshops for others as well, because it really is a form of therapy.

This is how it all started. It is only the beginning and I have many ideas how I’d make this project bigger and make a little colorful island of peace for anyone who needs it. 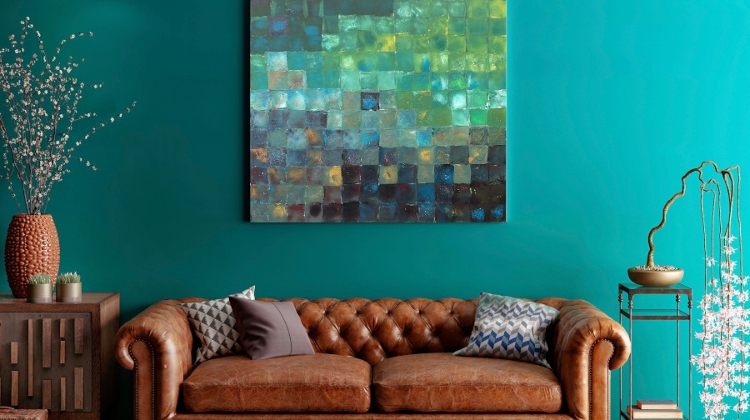 Scandinavia or Italy, I guess.

Budapest is a wonderful city. I would suggest them to walk around, eat, drink, sit down in the crowded downtown and just watch how the city lives. They should definitely visit the Castle of Buda, Gellért hill, Bazilika, Margaret island, Normafa, Libegő,  Szentendre and if they would have more time, also the northern shore of Balaton. I just love the Káli Basin. Night life is also fantastic, especially in the summer.

It is definitely tennis.

Budapest and the Lake Balaton.

New York, Florida and the Carribean.

My favourite band was Wham and my fav movie was Grease and Look who's talking.

None. I don't drink alcohol

Morning, but if it's worth it, I can party hard at night, too.

In my private life: my two great kids and starting my little art studio: No paint no gain.
Business life: I worked as a financial director for 3 and a half years in Berlin. It was my toughest job, but I succeeded and survived.

You are the painter of your own mood. Your days are only as grey as you allow them to be.