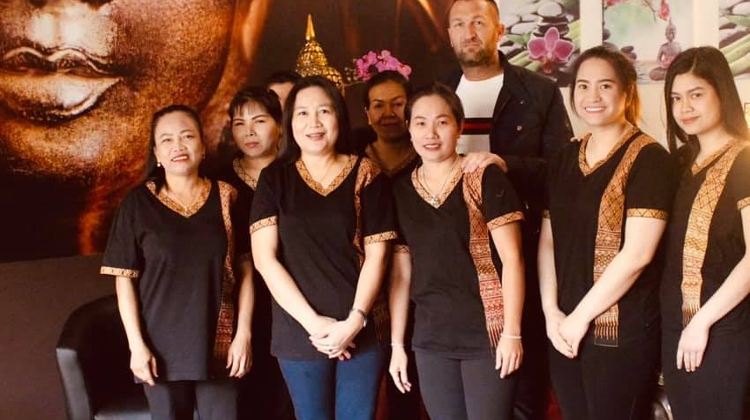 After graduating from the university of Pécs as an architect, Róbert was attracted to ‘big city life’ in the capital and came to work in Budapest for a broker firm.

After 5 years there he moved on to sell medical equipment and instruments for another 5 years. Then he went on to open his own shop, a café, and a traditional chimney cake business and an ice-cream shop.

Later he got into the Thai massage business by accident, after he had sold all of his other businesses. As it turned out this is the closer to his heart than anything he has done before, he says.

I was born and raised in Tata, later I went to school in Győr, and then continued my studies at the University of Pécs at the Faculty of Engineering and Information Technology.

Spain because of the climate, cleanness and food.

A visit to the Parliament, a walk around the Buda Castle, and along Váci utca, and then a tasty Gulyás soup is a definite must do too.

Lots, I love soup, including meat soup (Húsleves), and Gulyás when nicely prepared and not just a watery liquid with some potatoes in it. I also really like Tatar beefsteak.

I still like playing football with my friends in my free time.

It is a difficult question since I am finally doing what I like after trying so many other ventures, right now I cannot imagine doing anything else. I would not be an employee even if I had to stop what I do now, so I would be my own boss for sure.

I would definitely would not work in a slater house killing animals, I just would not be able to do that.

Dominica, Punta Cana, it was my first time there and I found out I prefer Thailand.

Thailand, as soon as the borders open again I am going to be on my way there.

Red - I have no particular favourite, actually most of all I prefer ‘Ice Wine’.

Well this pandemic as it effects my business, alongside with migration issues.

Pest. I live here, I work here, I move around here.

I am happy to still have four Thai massage salons around Hungary given the circumstances at the moment.

“You learn to soar among the eagles and to scrape along among chickens”.