Xpat Interview: H.E. Oleg Tulea, Ambassador of the Republic of Moldova to Hungary 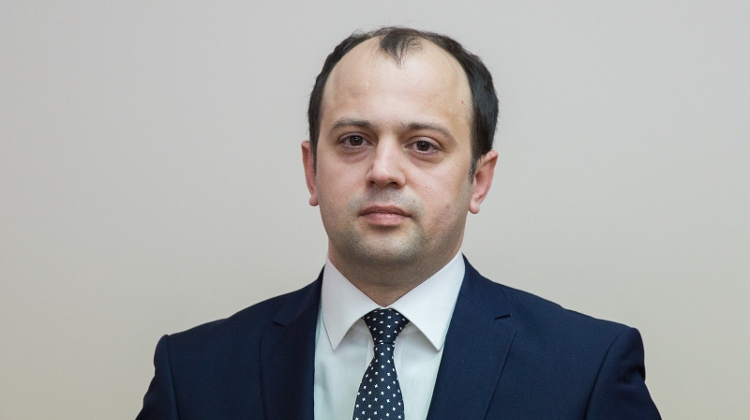 Your Excellency, You gave recently an ample picture about your country on the occasion of the 30th anniversary of its independence. Tell us please about Your diplomatic career, that was greatly enriched by Your experience as Minister of Foreign Affairs and European Integration of Moldova.

I have joined the diplomatic service in 2016 as Ambassador of Republic of the Moldova to Hungary, also to Croatia, Slovenia, Bosnia and Herzegovina and permanent representative to the Danube Commission which headquarters in Budapest.

I arrived in Hungary with a clear objective to further strengthen the good relations between our countries even more, to boost cooperation in the fields of mutual interest. The fact that since 2020, Republic of Moldova and Hungary are bonded with a Strategic Partnership I take as an evidence of my success. P Your Ministership coincided with the hardest period of COVID-19 pandemic.

How did You tackle this unprecedented situation?

For nine months in 2020, I had the honour to serve in the capacity of the Minister of Foreign Affairs and European Integration of the Republic of Moldova, starting my mandate in very dramatic circumstances of March 2020. The first two months of my term as Minister were marked by a full mobilisation and involvement of our entire diplomatic service in efforts to mitigate the consequences of the COVID-19 pandemic.

First, it is about the central role of the Ministry in solving thousands of cases of Moldovan citizens stranded in difficulty abroad and in managing an unprecedented operation to repatriate our compatriots.

In fact, at the time I took office on 16 March, most European countries had already taken exceptional measures with a direct impact on restricting free movement. In just two or three days, the countries, where we have the large communities of Moldovan citizens, stopped regular flights, and the countries through which our citizens could return home by land – Slovenia, Austria, Hungary, Ukraine – banned the entry of foreign nationals, suspended or severely restricted transit through its territory.

Therefore, practically overnight, thousands of Moldovan citizens found themselves stranded between borders. In these conditions, being aware of the responsibility of the diplomatic service, we had to manage thousands of humanitarian cases simultaneously and to find ad-hoc quick and practical solutions for each of them. And when such solutions could not be found at the level of the interaction of our embassies with the authorities of the respective states, I simply picked up the phone and called my counterparts asking for the assistance to unblock the created situations.

Probably, the first week was for me, but also for my colleagues in the Ministry, a real test of fire and one of the biggest challenges. Once this first phase was over, in which we had to act as firefighters, together with the Crisis Cell set up within the Ministry, we managed to lay the foundations for institutional actions and processes, establishing effective mechanisms for cooperation with national transport authorities to provide our citizens opportunities for safely home return.

This helped to reduce the agiotage, even the panic, that existed in the initial period and allowed us, for the most part, to cope with a huge wave of requests for assistance. Thus, with modest human resources, so far, the Ministry of Foreign Affairs has facilitated the return to Moldova of approximately 36,000 citizens by organising for this purpose over 200 repatriation missions, of which 75 by air and over 130 by land.

But even if the repatriation process was the most visible side of the ministry`s activity in that period, we have made also our contribution to mitigating the consequences of the pandemic crisis manifested itself in many other directions such as resolving deadlocks and streamlining the movement of freight carriers, ensuring special transit corridors through many states (primarily Romania, Ukraine, Hungary and Bulgaria), mobilising external humanitarian assistance bilaterally and multilaterally, addressing issues related to export restrictions on medicines and medical equipment adopted by several states, assisting our partners in repatriating their citizens from the Republic of Moldova, the constant updating of information on travel restrictions imposed by other states and, of course, the permanent interaction with our citizens and the provision of urgent consular assistance.

These exceptional circumstances caused by the COVID-19 pandemic, have proved how important is the solidarity and the good relations at bilateral level. Moldovan-Hungarian cooperation is a good example of this; in the first weeks of the global pandemic, last year, Hungary was among the first countries to offer its assistance in combatting the effects of the epidemiological crisis.

What was the most challenging in Your position?

There are several aspects that I would consider challenging, I will outline two of them. First is switching to “videoconferencing diplomacy".

The pandemic introduced significant corrections into our work, including well-established mechanisms of interaction on governmental level where face-to-face meetings and in-person gatherings are fundamental. We have all seen how prestigious international structures, such as the UN Security Council, the OSCE or the European institutions, started to hold their meetings exclusively by teleconference.

However, we managed well during this turbulent period to maintain a dynamic bilateral and multilateral dialogue on a high level. Of course, virtual diplomacy has some positive sides as well. It allowed more frequent and dynamic interaction with my counterparts. It is cost effective. The virtual meetings are well-focused and not too time consuming, they allow to go straight to the kinds of discussions you want to have. Still, it is important what the outcome of those meetings is.

And here I sensed that sometimes it is not the best platform for negotiation. Numerous virtual discussions were generally inconclusive. It was mostly been about exchanging views, but the question of how to move forward—how to move into action—is much more difficult.

The second aspect that I would like to outline, was the task of quickly adapting the capacities of the Moldovan diplomatic service to respond efficiently to an unprecedented wave of requests for consular assistance, keeping, at the same time, my team safe.

From the very beginning, we have ordered the adoption of measures to protect diplomatic personnel, both in the ministry and in our diplomatic and consular missions abroad, many of which, let us not forget, were in the states where the coronavirus was very aggressive. So, we had to consider risks related to the spread of coronavirus and implement necessary protective measures to ensure safety of our personnel, as well as safety of our visitors.

Resetting the new way of working of the Ministry and adapting the communication mechanisms to the conditions of the crisis was, in itself, an additional challenge, especially because it was quite difficult to foresee how the pandemic situation will evolve.

What did You learn from this unique experience, that You could share with Your fellow diplomats?

Our mission as diplomats is to build bridges between our countries so that our people can enjoy a long-lasting mutually beneficial relation. The pandemic has demonstrated once again how interdependent we are in today's world, but also the fact that such global challenges require coordinated responses, based on international cooperation and solidarity.

Of course, international relations and diplomacy are greatly influenced by personal engagements. It is true, that the coronavirus slowed down the diplomatic process. It also fragmented diplomatic methods and introduced discontinuity in the diplomatic order. The biggest lesson learnt is that changes in response to immediate crises can create to new norms, also new opportunities.

The virtual diplomacy practiced during the pandemic induced new working trends, both complex and promising. A new ‘hybrid diplomacy’ which fuses traditional face-to-face meetings with organised online participation, and ad-hoc online meetings, is emerging quickly with a new task for diplomats to find the right balance between virtual and physical diplomacy, in order to better understand the distinct stages of the diplomatic process and how to use time and expertise more efficiently.

Republished with permission of ’Diplomatic Magazine'