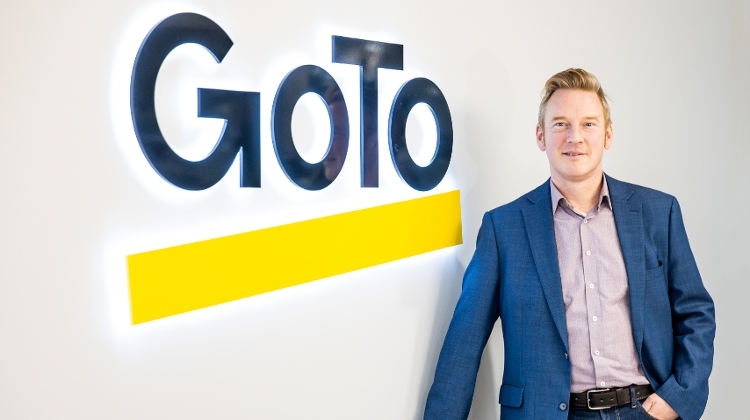 John is a well-known leader across the Hungarian tech sector, having built and run several "Digital hubs" for large global companies here over the years, whilst driving significant growth in both activities, productivity and number of software roles created in our country.

Originally from the UK, John has over 25 years' experience working in software, although his route was not the traditional one: having taught himself to code at age 10, John subsequently studied languages at Oxford University, before getting back into enterprise software development as a consultant, architect, programme manager and consequently team leader.

For the past two years he has been leading GoTo (formerly LogMeIn) in Hungary, building up the company throughout the COVID pandemic, relocating to a new office, overseeing the successful transition to a remote-centric operating model (where Hungary is seen as the role model for the company globally), as well as the recent re-branding and spin-out of LastPass (for whom he is also MD).

I moved to Hungary in September 2006. I had met my Hungarian wife 10 years earlier in Italy and we'd been living on the south coast of England when we made the decision to try coming to Budapest, whilst our children were still young and able to adapt effectively to the change - frankly, it was the best decision I've ever made!

Yes, Italy. I went there straight after university, since there wasn't much work at the time in the UK. I lived for four years in a town called Forlì in Emilia-Romagna, played lots of football, drummed in various bands and rode my motorbike to the coast every weekend to do some sailing. I also worked for a start-up in the leisure vehicle sector and set up a private teaching/translation practice, but then love intervened...!

Firstly, how hot it gets in the summer - phew, it's hotter than Italy! Also, the complex character of Hungarians: they may seem polite, restrained, logical and a little bit stand-offish at first, but there is a warm, sensitive and deeply emotional side which is simply delightful.

Well, re-book their flight to extend the stay for a start! No, seriously, I would do the usual sights on foot (walk down from the Castle, for example) and don't miss out on Kossuth tér and walking by the Parliament. Plus I would get out to Szentendre and then take the boat back down the Danube - approaching Budapest this way gives you a wonderful impression of the city's splendour.

Mindenféleképpen (it sounds much more sophisticated than simply saying "Igen"!

THE SEA!!! We used to live within walking distance of the beach and I'd ride to work along the seafront. Being able to have a stroll on the beach or a swim in the sea after work was very relaxing and, of course, sailing every weekend - I can't get used to having no tide or waves on the Balaton! So, even now, I do really miss the sea - but absolutely nothing else.

My dream job would definitely be a motorcycle courier, but I've heard the pay isn't brilliant.

President of the United States - I can't think of anything harder!

Taking a poke at Tottenham.

Big Country (still is) and my hobbies were drumming, sailing and motorcycling (they still are!

The environment in general and specifically renewable energy.

"Just as you sow you shall reap" - it's a line from one of my favourite songs, by Big Country, re-quoted from the Bible (Galatians 6:7) and applies to so many aspects of life (your actions, your words, your relationships, your decisions etc.)