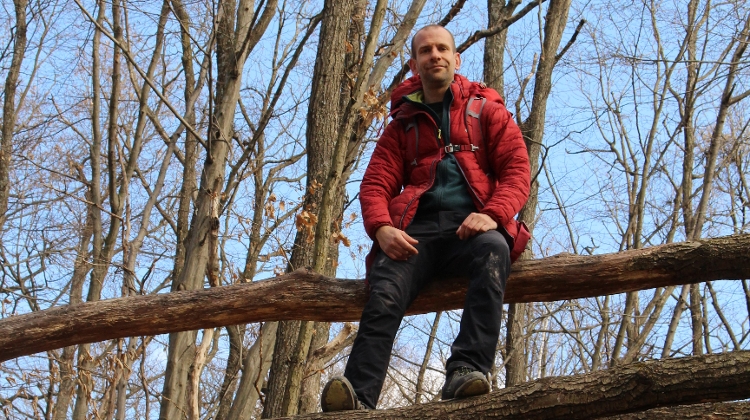 Born in 1981 Budapest he took in the last whiffs of communism in Hungary, shivered at the gruesome images of the execution of Ceaușescu on prime time TV, spent the first day of the cab drivers blockade in a family Skoda on the way to the paternal grandparents in eastern Hungary.

Studied piano music theory and singing from the age of 8, travelled relatively extensively with the children’s choir conducted by his father and renowned musician, Tamas Bubno.

In high school he started playing music with his schoolmates, soon deciding that he wanted to become a professional drummer. But he did a university MA majoring in English language and culture which gave him plenty of time to practice and perform with various bands in various styles.

In 2002 he became one of the founding members of the Saint Ephraim Male choir, Hungary’s most popular vocal ensemble at the moment. In 2007 he became the drummer of the band Anna and the Barbies.

In 2011 he did a year of teaching at the BISB. Then from 2012 he started training as a triathlete and became an ironman the following year.

At the same time he acted in several plays with the then blossoming English language theatre in Budapest. That’s where he met his wife Anna, a Sydney-born Hungarian-Australian with whom they had their son Nandi in 2018.

Having done years of serious rock-climbing with climbing partner and friend Marci Nyerges they both get qualified as climbing arborists and found their tree-care enterprise, Fakultúra, in 2020.

Well I arrived in 1981, ‘the stork brought me’ as the Hungarians would say it, as I was born here, at the illustrious hospital of the ministry of interior.

Nope, if we don’t count my year of teaching at the British International School. Oh yeah, and my 9 years (and counting) spent with my Aussie wife who speaks perfect Hungarian and makes beautiful sustainable jewellery.

What surprised and never ceases to surprise me is my compatriots’ unbelievable deference to someone in a (temporary) position of power, e.g: doorman, cleaning lady, bank clerk.

4. Friends are in Budapest for a weekend - what must they absolutely see and do?
Depends on their taste really, but I’d say the hills, which some call the mountains. And take the city in from the mountaintops.

Cucumber although I’m not a fan. But my 4-year-old son is an addict. Unnecessary trivia: the cucumber trick doesn’t work on our cat…

Anything at an office.

11. Where did you spend your last vacation?
Zanzibar

Any place where people don’t make you put on a mask.

Band: my own band, of course, but also U2
Film: pulp fiction
Hobby: basketball

I quit drinking 13yrs ago so I would go with anything you suggest :)

Can’t answer that, way too provocative…

Morning. There’s no life without breakfast.

The increasing lack of common sense. This merits more than just a few words so let’s just leave it at that.

Buda. I can’t be without hills.

“If you’re important people will wait”