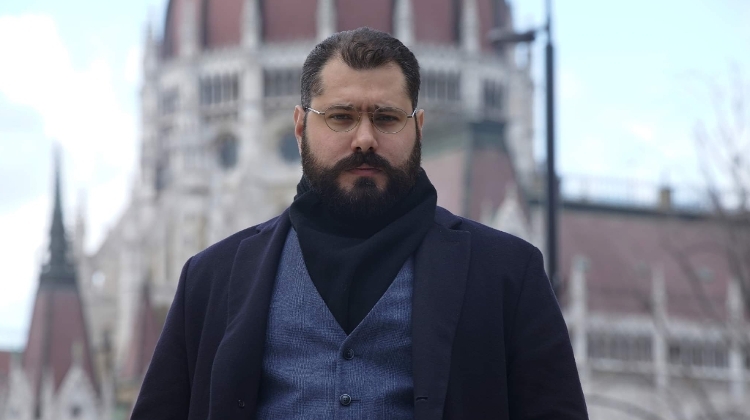 Ferenc Almássy is the founder and editor-in-chief of the Visegrád Post. He is an independent Franco-Hungarian journalist specialised in Central Europe and France.

He is also the Central European correspondent for TV Libertés and a writer for the Hungarian weekly paper “Magyar Demokrata” and the daily "Magyar Nemzet".

I moved to Hungary in October 2010, after growing up in Paris. Being half Hungarian myself, I wanted to finally spend more time in Hungary, and not only enjoy the summer holidays. So did I by moving permanently to Budapest twelve years ago. I had no plan about staying, but it quickly became obvious for me that my future was here and since then I have no regrets.

I lived all my youth in France, mostly in Paris, so, no. But I knew a bit Hungary since I was spending most of summer vacations here.

Even though I’m half Hungarian and spent some time in Hungary before moving to Budapest, I was still surprised when I arrived by some habits and misconceptions about the West. Most of the people I met with back then simply wouldn’t understand that I felt better in Budapest than in Paris. For them, life in Paris was like what they saw in “Amélie”, and Hungarians demonstrated a huge inferiority complex that left me often speechless. Beside, the poor quality of the bread or the lack of cafés was of course something I was not counting with.

I’d say it depends on what they like! For people into architecture, certainly the castle district, the parliament, the Heroes’ square and the opera, but also they should wander through the VIII. district. Just like history fanatics, who then should visit the national museum and the house of Terror. And of course, they have to enjoy proper Hungarian cuisine in some simple, local “étkezde” before – or rather after – enjoying the thermal baths!

I hate this kind of question! How do you want me to choose!? The túrós csusza, my aunt’s öreglebbencs and my mom’s csirke paprikás with nokedli are certainly the winners in my tier list!

Tejföl, of course! This Hungarian kind of sour cream is a must have. Indeed, as I use to say, if a Hungarian meal is too heavy, you can still add some sour cream to make it lighter!

Isten. The Hungarian word for God. I find it beautiful and mysterious, as the etymology of the word is still being discussed by linguists. It might as well come from “ancestor” or mean “the only one”.

The sea and the seafood, but also Parisian cafés and French bakeries.

Fisherman on the ocean or working for a humanitarian organisation would be two totally different activities that I’d like to do.

Any office job with routine, that definitely don’t suit me.

Toscana, a wonderful place. Pisa, Lucca, San Gimignano, Siena, Firenze... I love it, and hope to get back there occasionally.

Corsica or Brittany, and of course the Balaton this summer!

I guess, szaloncukor on the Christmas tree, these typical Hungarian Christmas candies, or slices of sausage! And I guess any good food I don’t know or already like! So... food in general!

Red with a meat or for a drinking night, white in the shade in summer or with fish.

Definitely night person! I actually enjoy working by night, so I’m not bothered by noises, calls, emails, and so on.

The growing of overemotional reactions of western societies. That leads to manipulations, deceptions, anger, hate, violence and eventually destroy societies. We need more dialogue and reason.

I do love Buda. But I still prefer Pest, as it is more animated.

My family’s motto, “dar’l mat atao”. It’s in Breton language, and it means “Hold on forever”.