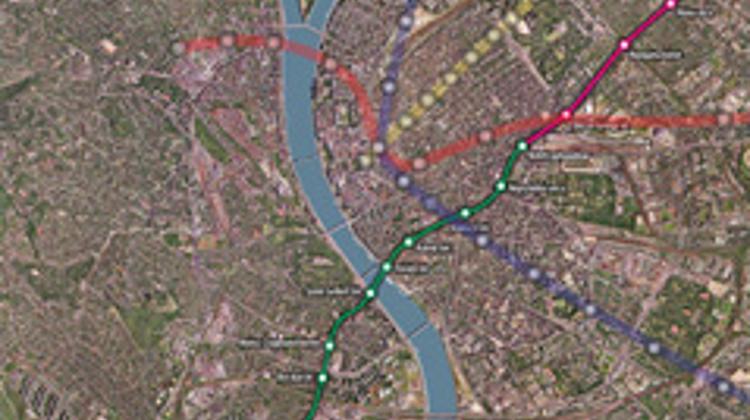 The construction of Metro line 4 is currently the biggest construction project in Central Europe. M4, or the green line of Budapest Metro, has already experienced one or two delays, and recently Budapest Mayor István Tarlós said it may be postponed until 2016. However according to paperwork put through by Budapest's City Assembly last Wednesday, the completion deadline is now Spring of next year. 2010 was originally planned as M4's opening year when BKV concluded an agreement with Siemens in 2006. Supervisory authorities must approve the new plan, under which BKV will apparently pay an additional Euro 32 million and waive all of its indemnity and penalty claims. Also last week Magyar Nemzet reported Balazs Szeneczey, Budapest's deputy mayor, stating that EUR 1.6bn will be M4's total cost.

When completed, Metro 4 will be a 7.4-km, dual tunnel line with ten stations and fully automated, driver less trains.The line runs from Kelenföldi Railway Station in West Buda, through Tétényi út, Bocskai út, Móricz Zsigmond körtér, Gellért tér, where it crosses under the Danube to Fővám tér, going on to Kálvin tér, Rákóczi út, Népszínház utca, and reaches its Pest terminus at Keleti Railway Station on the east side of downtown Pest.

The project has reached approx. 75% level of completion, with passenger trial operation being planned for the first quarter of 2014. The photos recently shot provide a fine glimpse of the magnitude of the works, the state-of-the-art technology and the impressive architecture.

The tunnel: packed with hi-tech

The crossover between Móricz and Gellért: one of the most complex structures of the line

Szent Gellért tér station: the deepest on the line

Rákóczi tér station: escalators covered already waiting to be used; the two pipes in the middle will bring sunlight down to platform level