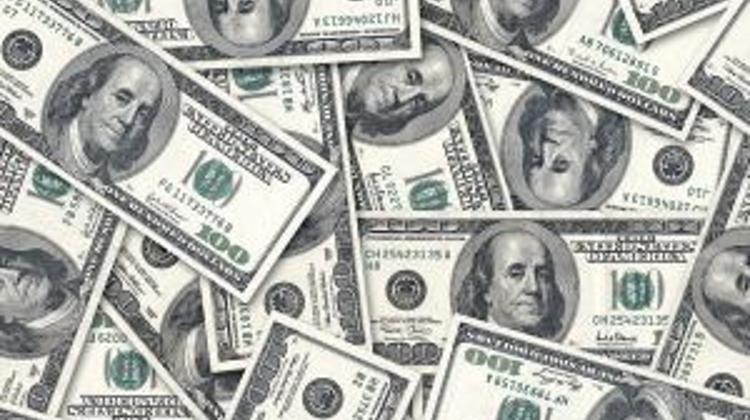 "A group of Holocaust survivors and heirs filed a lawsuit in Chicago against several banks, including banks based in Hungary, demanding compensation of more than USD 2 million. A similar group has recently filed a lawsuit against Hungary’s state-owned railway company MÁV, demanding USD 8.92 billion (HUF 1,773 bn).

There are ten American (lead) plaintiffs and Israeli, Canadian and UK citizens whose parents were citizens of Greater Hungary.

While language differences can make it really difficult sometimes to get the spelling right, this document has some surprising typos or awkward misspellings. One of these was the mysterious "Jery Hirelap", that was supposed to be a former newspaper in the northwest town of Győr. I Googled "Jery Hirelap" but - surprise, surprise - came up empty. The solution hit me only when I pronounced the alleged name of the paper - Jery is Győri! So the real name of the paper was Győri Hírlap.

The subject of another "interesting" and unintentionally hilarious misspelling was the name of a town. The picturesque city in the northeast part of Hungary is called Sárospatak that has a romantic name when translated literally into English: 'Muddy Creek’. The document, however, mentions a slightly less attractive place called "Szarospatak", which translates into 'Shitty Creek’.

"The banks that have played a major role in receiving, processing, and exchanging spoliated Jewish assets in violation of their custodial duty and in furtherance of the genocidal destruction of the Jewish communities in Hungary are Erste Group Bank, MKB Bayerische Landesbank, OTP Bank, and Credit Anstalt," the plaintiff said.

The principal defendants that remain in existence since 1944 are the National Bank of Hungary (NBH) and Credit Anstalt, they added. The additional defendants are successor banks to banks that were in business in 1944. (Magyar Országos Központi Takarékpenztar Bank became through succession defendant Erste Austria.)

"Holocaust victims of bank theft in Greater Hungary in 1944, or their heirs, bring this action both individually and on behalf of all other persons similarly situated for an accounting and to recover cash, records, art, jewelry, bank deposits, securities, and all other businesses, titles to real estate, and personal assets wrongfully taken and withheld from them and their families by the defendant banks during the Holocaust of Greater Hungary, principally in 1944, and which spoliated assets continue to be wrongfully withheld, unaccounted for and unreturned, and hereby allege on information and belief."

By Greater Hungary the plaintiffs refer to all former parts of Hungary that had been detached under the Treaty of Trianon of 4 June 1920:
a) Subcarpathian Ruthenia (Ung, Bereg and Ugocsa and a portion of Máramaros counties), at that time part of Czechoslovakia until the first Vienna Dictate of November 1938, followed by the Hungarian advance in to the Ukraine via the Carpathians in mid-March 1939;
b) Northern Transylvania, returned to Hungary by the Second Vienna Dictate of 30 August 1940;
c) Vojvodina (Bácska), part of the Serbo-Croatian Kingdom. When Yugoslavia was dismantled, Bácska was returned to Hungary in April 1941.

The same estimates as in the MÁV case

"Although Hungarian Jews constituted only 10% of the population of Greater Hungary, according to the census of 1930 for the Trianon, and later in 1941 for Greater Hungary, the census in Greater Hungary:
a) they owned 20% to 25% of the assets in that area prior to the Holocaust;
b) on the eve of the Holocaust in 1944, according to the Randolph Braham, author of the definitive history of the Hungarian Holocaust, Jewish assets in Trianon Hungary had market value between 7 and 9 billion gold pengős;
c) this amount is to be doubled as the number of Jews is doubled to encompass all of Hungary. At the time, 5 pengős were convertible into one U.S. dollar."

Conspiracy to complete the genocide

"Defendant banks in 1944 engaged in a conspiracy to complete the genocide the Nazis had begun by looting the assets and selling the properties the plaintiffs had entrusted to them for safekeeping under custodial duty, thus ensuring the physical destruction of Jewish communities in whole or in part by making it impossible for survivors and heirs of the Holocaust ever to return to their homes and businesses in Greater Hungary."

"Defendant banks and their successors have continued the genocidal destruction of the Jewish group down through the present day by:"

"The guilt of any bank participating in, or aiding and abetting, genocide, should not be measured by the amount of Jewish assets it looted but rather by the fact that it looted any Jewish assets."

"In aggravation of defendant banks’ conduct regarding Jewish assets is the practice of numerous inter-bank transfers and assignments, mergers, consolidations, acquisitions, changes and modifications of ownership, and other complex financial arrangements, all of which have been guarded as if they are official secrets. For the present-day banks that have either survived since 1944 or are the successors of banks serving the Hungarian market in 1944, their policy has been the opposite of transparent. Thus it is important that each bank named as defendant should be liable jointly and severally for the entire value of the assets and rights in property not just taken from their Jewish customers but from all Jewish victims of the Holocaust of 1944."

Plaintiffs asked the Chicago court to:

* Award to the plaintiff class in its entirety compensatory damages in the amount of USD 2 million plus interest compounded annually since 1944. In addition, and separately and distinctly, award punitive damages in an amount later to be specified.
* Hold the defendant banks jointly and severally liable for the total of compensatory and punitive damages specified in paragraph (A); or in the alternative,
* Hold the defendant banks in the aggregate liable for unjust enrichment under either the General Average theory or the Market Share theory for the full amount of compensatory damages in the sum of USD 2 m plus interest compounded annually since 1944.
* Grant such other relief as the Court deems just and proper."